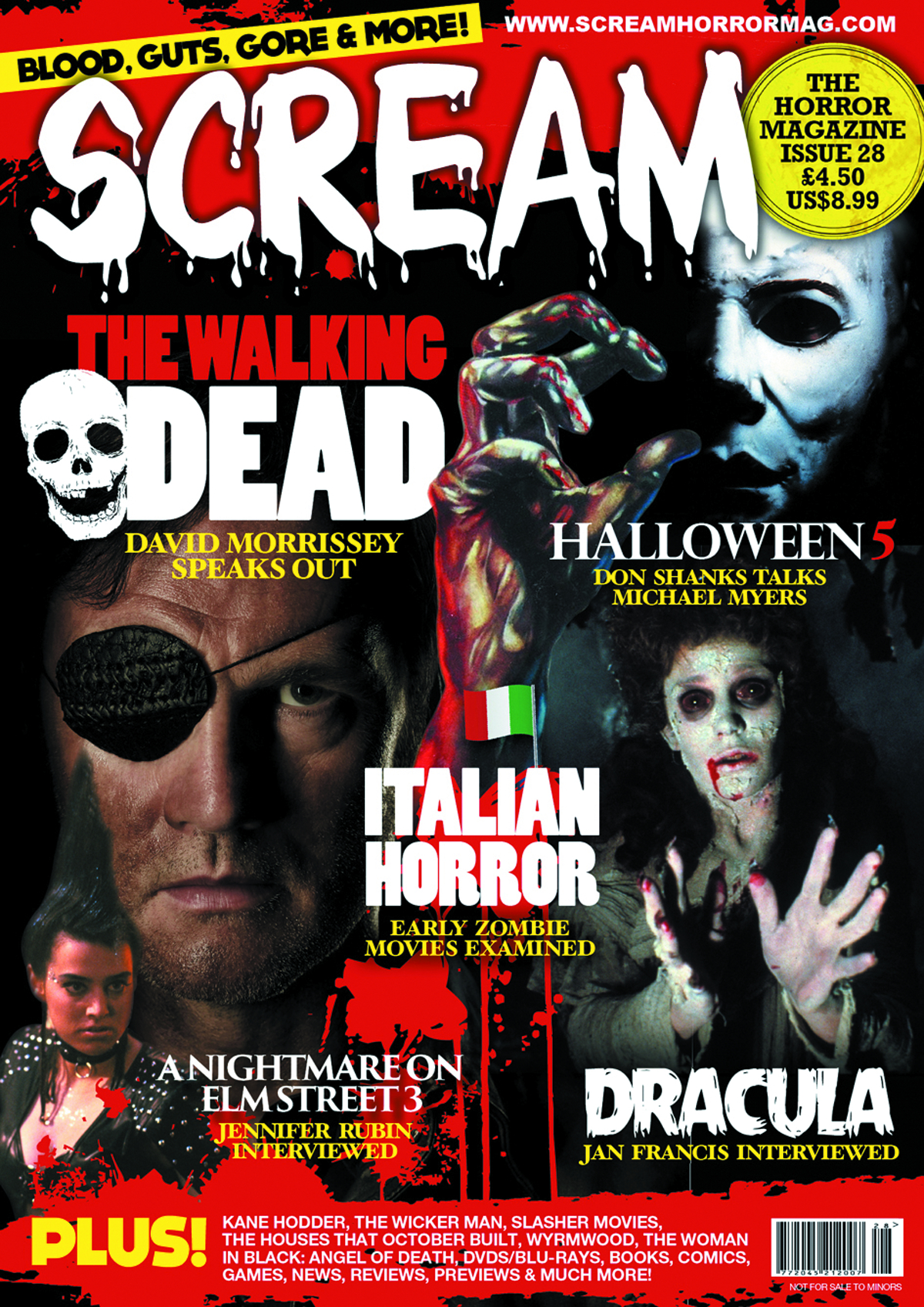 JAN151878
Since its launch 4 years ago Scream has become of the biggest horror magazines around. This issue sees the full-color glossy talk to David Morrissey about his role as The Governor on The Walking Dead. Also inside is a look Italian Zombie cinema; an interview with Don Shanks about his role as Michael Myers in Halloween 5; an interview with Jan Francis about her role in the 1979 movie Dracula; an interview with Jennifer Rubin, who talks about her role in A Nightmare On Elm Street Part 3; and Kane Hodder talks about life as Jason Voorhees in the Friday The 13th movie franchise. All this, as well as the usual DVDs/Blu-rays, Comics, Books, Games, Festivals, Retrospectives, Dark Photography, and much more!
In Shops: Apr 08, 2015
SRP: $8.99
View All Items In This Series
ORDER SUBSCRIBE WISH LIST