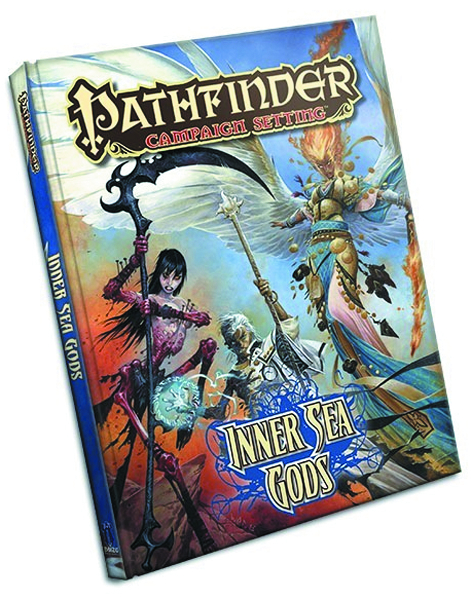 JAN142339
(W) Sean K. Reynolds
Put your faith in any of dozens of awe-inspiring deities with Pathfinder Campaign Setting: Inner Sea Gods! This 300-page hardcover details the chief gods and goddesses of Golarion; hundreds of extraordinary demigods, the histories, dogmas, rituals, and secrets of faiths both righteous and profane, and much, much more. New prestige classes, subdomains, and spells empower characters to be champions of their deities, while dozens of new traits, feats, magic items, and more unlock the power of the gods for characters of every class. Or unleash legions of otherworldly enemies and allies on your game, from mighty divine servants to the unstoppable heralds of each deity. Make the power of the gods your own and bring the religions of Golarion to life with Pathfinder Campaign Setting: Inner Sea Gods!
In Shops: Apr 30, 2014
SRP: $39.99