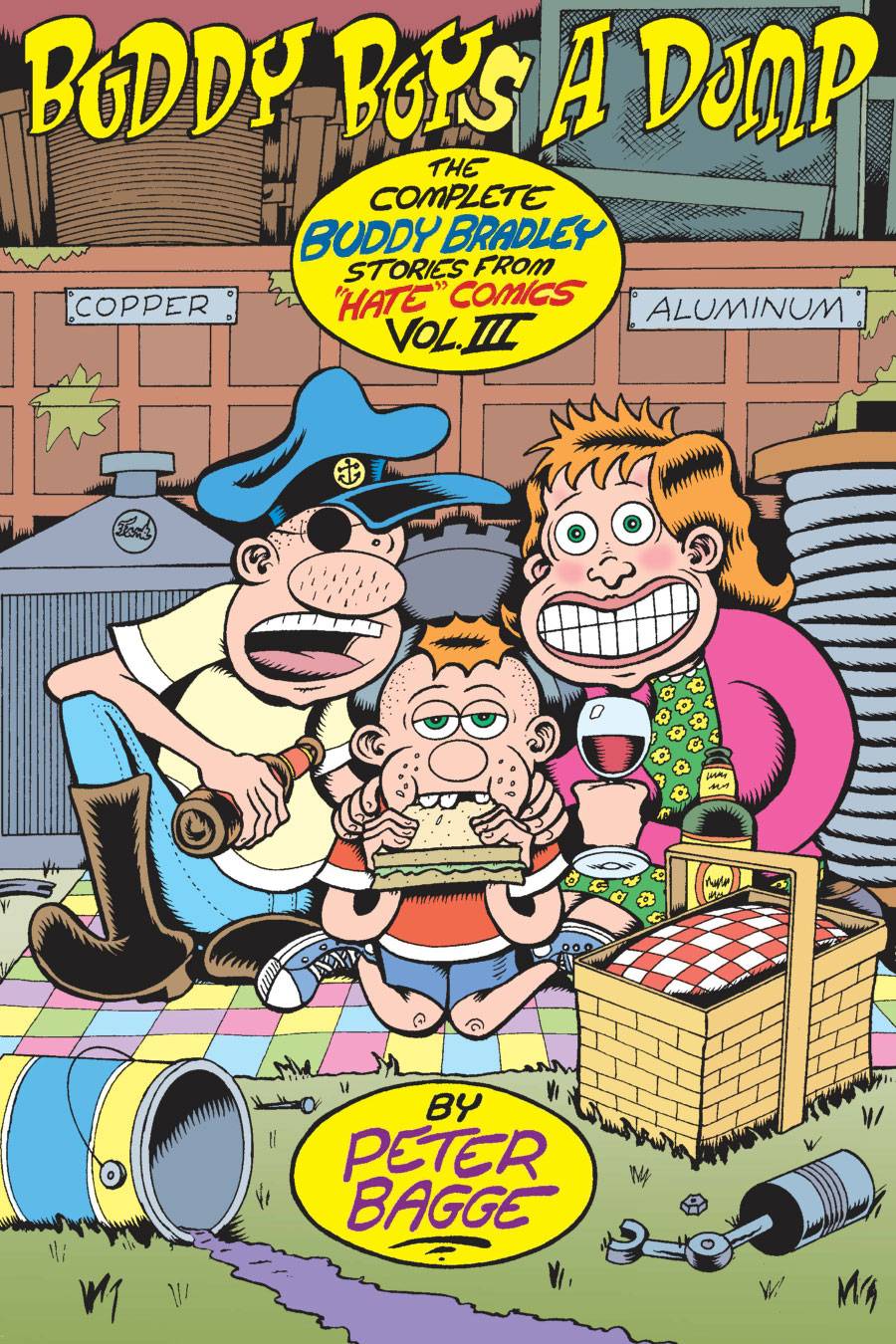 #
JAN141201
(W) Peter Bagge (A/CA) Peter Bagge
Now in his 30s and married with child, Buddy shaves his head, dons an eyepatch and buys the local dump - because what better place to raise a toddler? Peter Bagge's iconic character is a generation-defining slacker and perhaps the greatest comics character of his era. Featuring stories originally published in the Hate Annual series as well as an all-new 20-page conclusion to the story arc, this book marks the first new book of Buddy stories since the classicsBuddy Does Seattle (2005) and Buddy Does Jersey (2007).
In Shops: Apr 23, 2014
SRP: $19.99