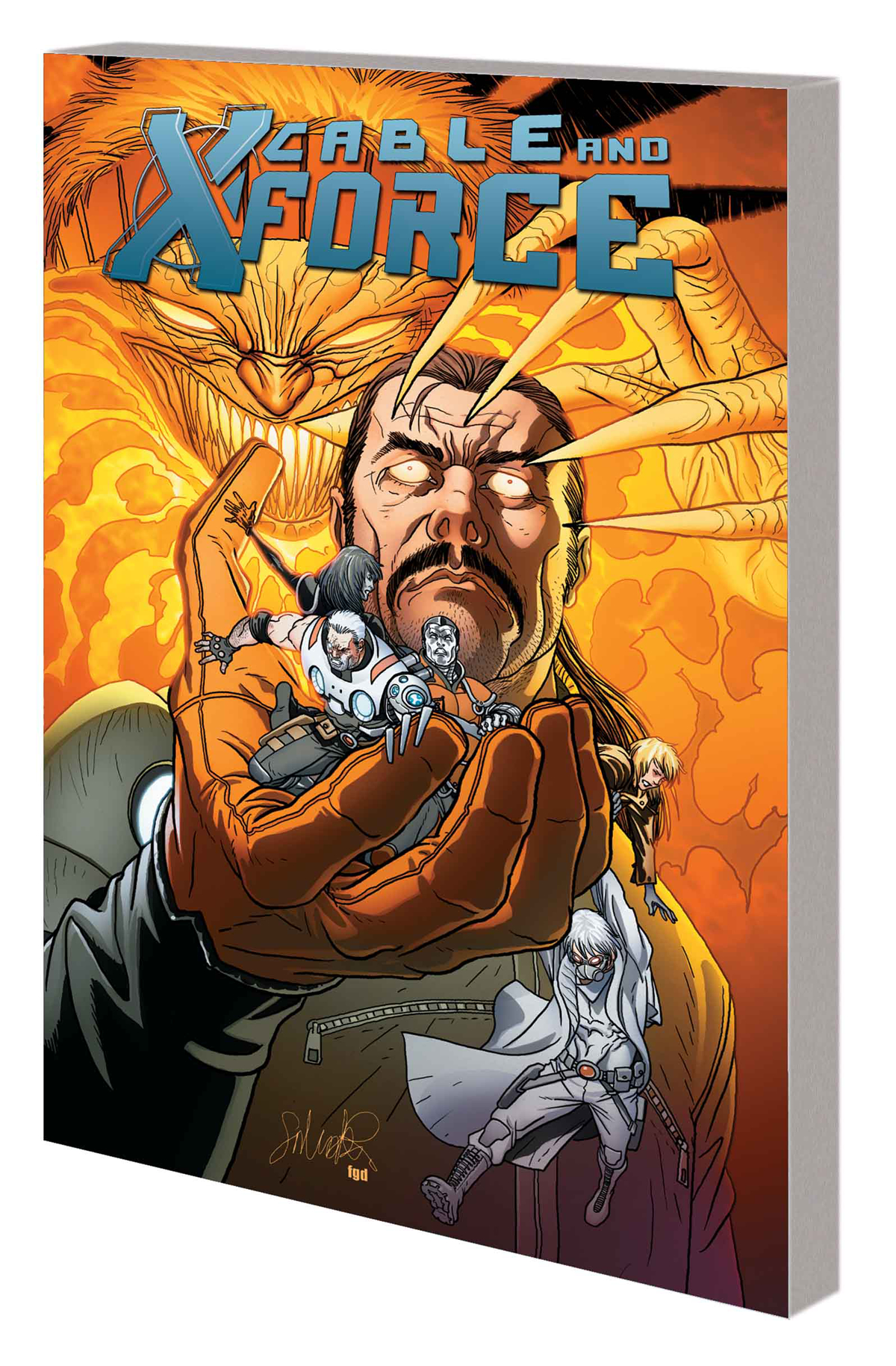 JAN140799
(W) Dennis Hopeless, Sam Humphries (A) Various (CA) TBD
Father and daughter are reunited, but there's no rest for the weary as Hope, Cable and X-Force converge to tackle an ominous new threat! What havoc will Forge, in the thrall of the Adversary, unleash upon Cable and X-Force? And can Cable control his drastically altered powers in time to save his daughter? Then, classic X-Force villain Stryfe has returned, and he's eager to exact revenge on Cable! Meanwhile, Hope comes face-to-face with Bishop, the man who crusaded across centuries to exterminate her. But this time she's ready to retaliate, and they'll hold nothing back as they race to destroy one another. Don't miss this no-holds-barred, knock-down, drag-out X-Force event starring Cable's squad, and Psylocke and Storm's uncanny team! Because when the dust settles, only one X-Force will be left standing! Collecting CABLE AND X-FORCE #15-19 and UNCANNY X-FORCE (2013) #16-17.
In Shops: Mar 26, 2014
SRP: $19.99
View All Items In This Series
ORDER WISH LIST