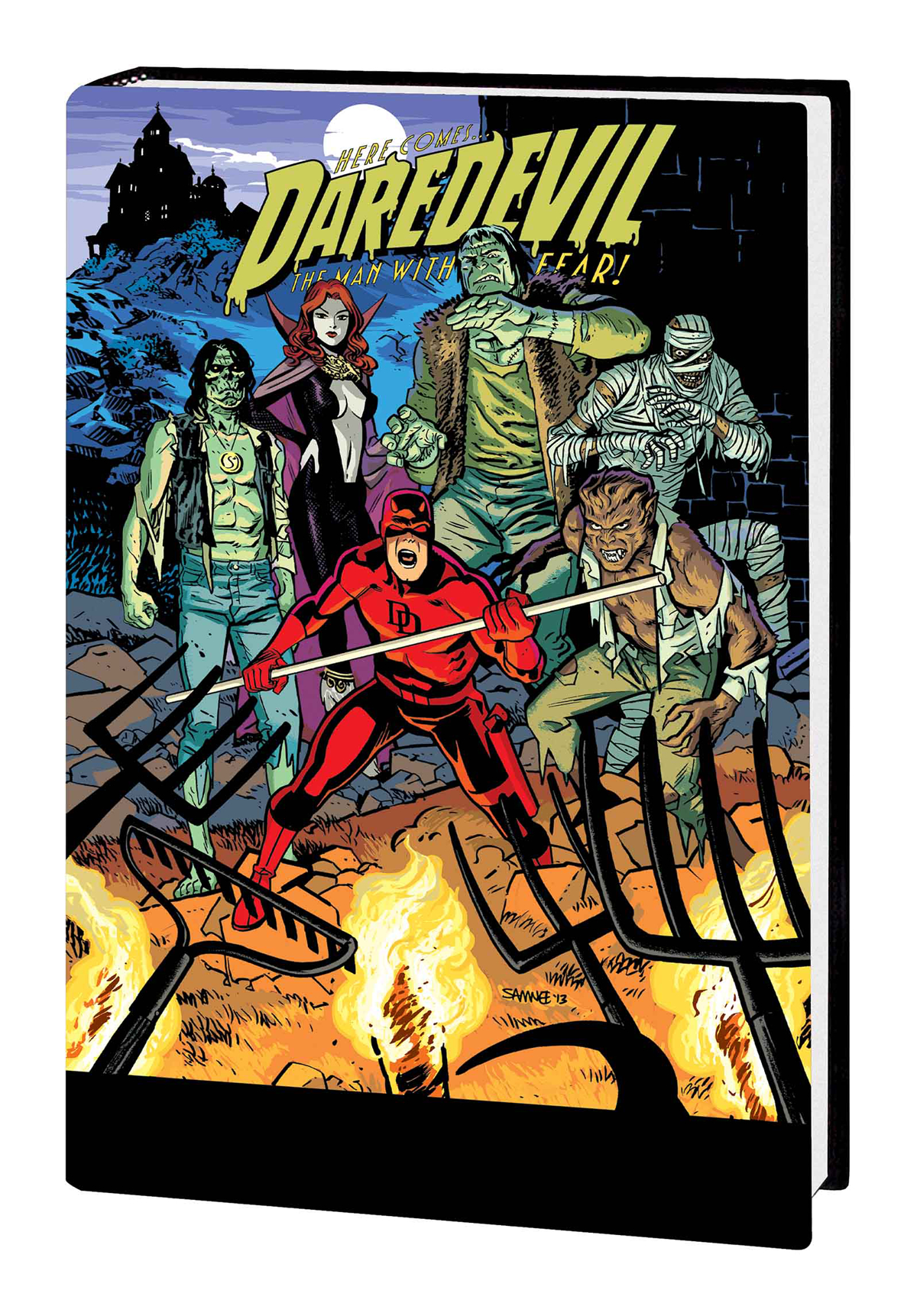 JAN140794
(W) Mark Waid (A) Chris Samnee, Javier Rodriguez (CA) TBD
Something final is building, and building fast, as Daredevil finds himself wrapped up in an adventure that will send his life spiraling out of control - and bring about the end of everything Matt Murdock holds dear! When Daredevil becomes the self-appointed prosecutor of the Sons of the Serpent, the secret clan who owns and operates the city's justice system, the odds quickly turn against him. But that's just how he likes it! Daredevil pulls his allies together for an all-out assault before the Sons can infest the rest of the nation, but he's about to find out just how blind justice can be! Plus: The Jester! A monstrous nightmare! And an appearance by Elektra that sets the stage for a huge change in Matt's life! Collecting DAREDEVIL (2011) #31-36.
In Shops: Apr 16, 2014
SRP: $24.99
View All Items In This Series