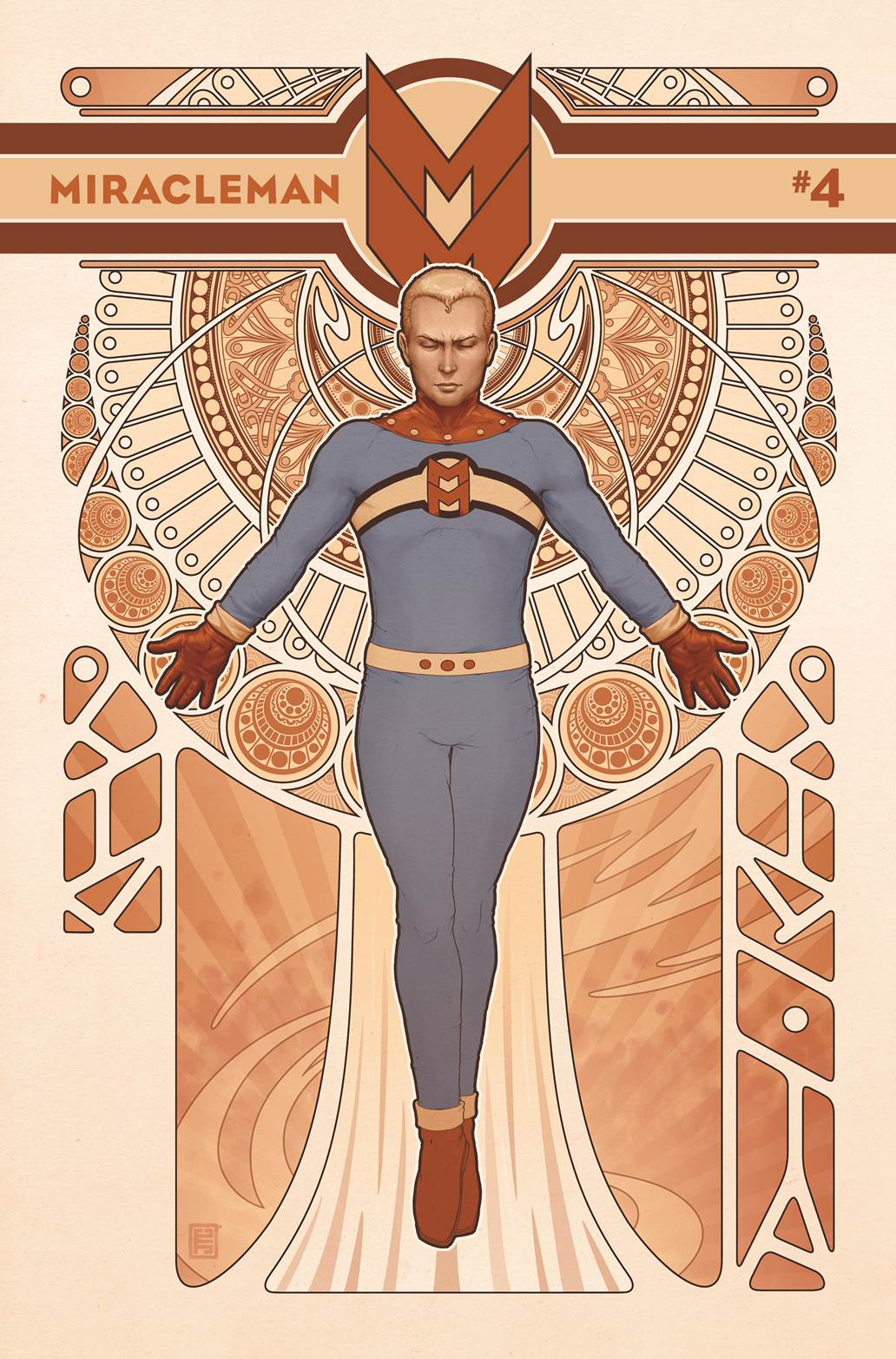 JAN140742
(W) TBD (A) Garry Leach, Alan Davis (CA) John Tyler Christopher
• Origins and revelations bring the first chapter in the MIRACLEMAN saga to its shocking conclusion!
•  An unexpected ally leads Miracleman to Project Zarathustra, the site of the secret British operation that gave birth to the Miracleman Family.
•  After last issue's battle, the Warpsmiths regroup to mourn their dead in "Ghostdance."
•  Including material originally presented in WARRIOR #9-11 and A1 #1, plus bonus material.
In Shops: Mar 26, 2014
SRP: $4.99
View All Items In This Series
ORDER WISH LIST