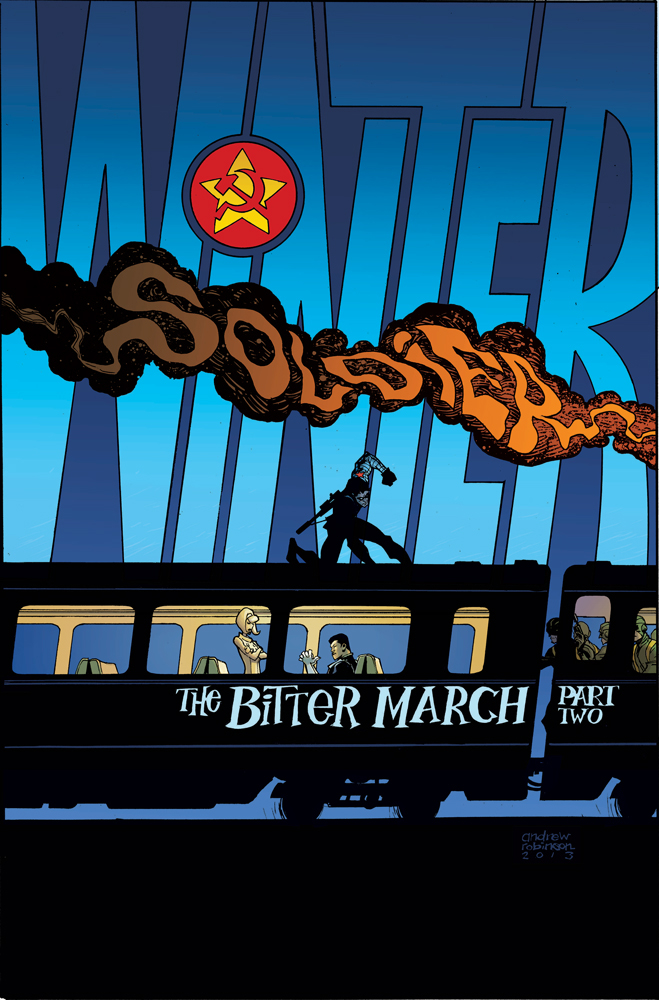 JAN140735
(W) Rick Remender (A) Roland Boschi (CA) Andrew Robinson
• Shield agent Ran Shen is responsible for escorting the two most important humans on the planet to the United States.
•  The only thing in his way is Winter Soldier. And the only thing in the Winter Soldier's way is an elite Hydra squad run by Chancellor Cassandra and Madam Worm.
•  Rate pace, high adventure, sex, murder, intrigue, in this 1960's spy action story that will have ramification echoing to the modern Marvel Universe!
In Shops: Mar 19, 2014
SRP: $3.99
View All Items In This Series