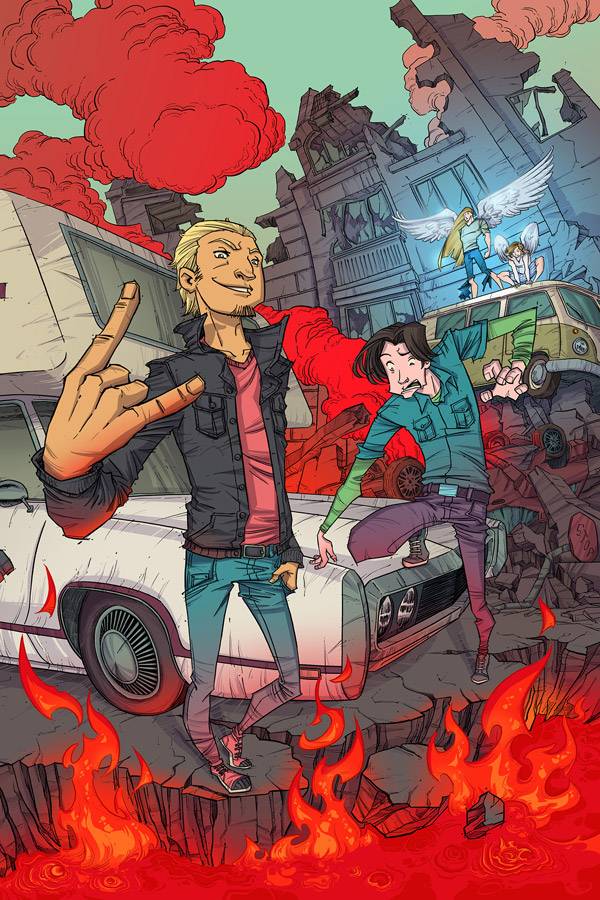 #
JAN140551
(W) James Asmus, Jim Festante (A/CA) Rem Broo
The cult-hit, Manning Award-nominated miniseries gets collected with bonus content! When the Biblical apocalypse starts, charming bastard Bram Carlson is raptured into Heaven in a "clerical error." After he's sent back to Earth, Bram decides to cash in the end of the world for all it's worth! But can his anxious roommate Ben save his friend from himself-and the mounting forces of Armageddon? Check out the book the Onion's AVClub called "hilarious" and IGN called "an amazing series!"
In Shops: Mar 12, 2014
SRP: $12.99
ORDER WISH LIST