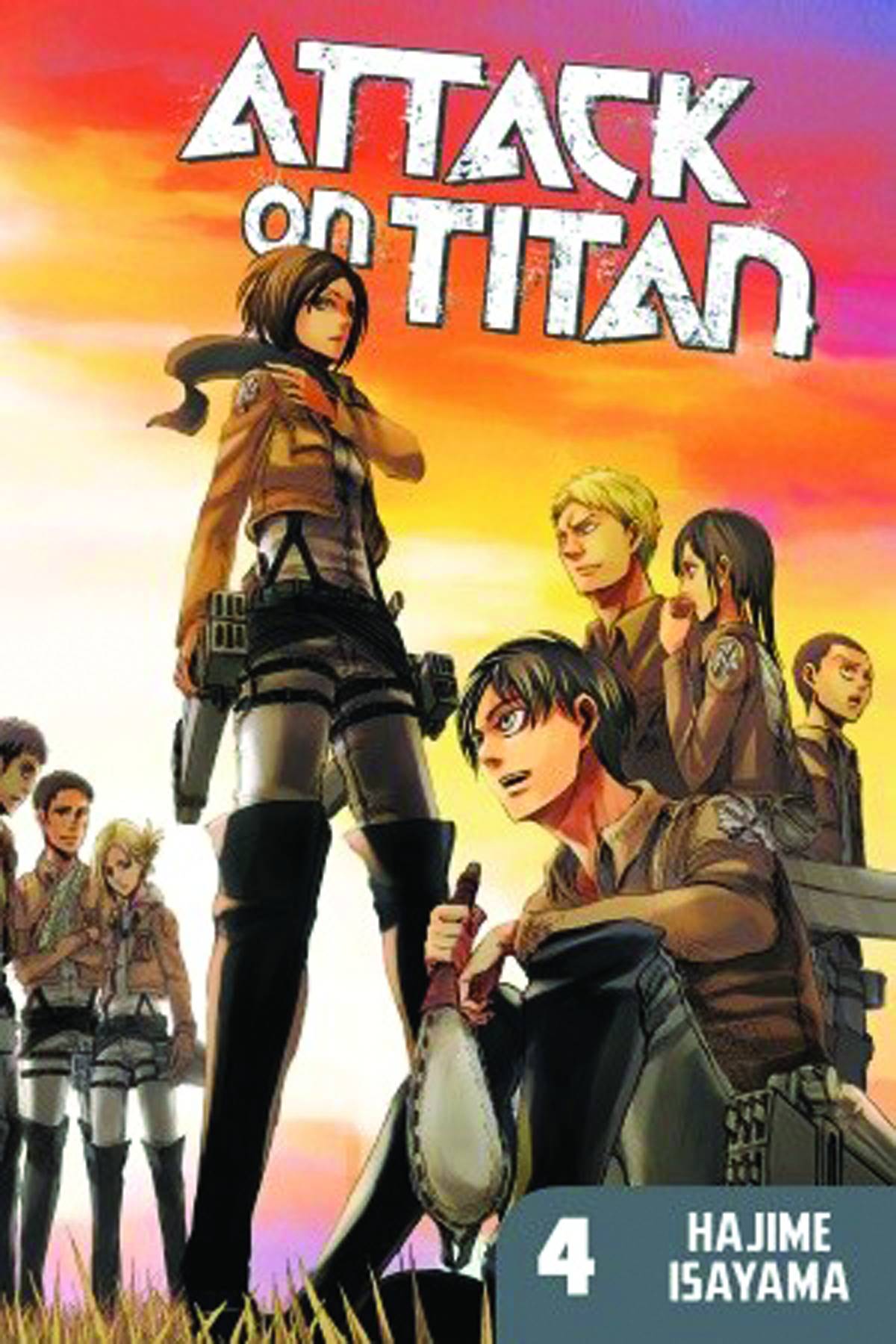 #
JAN131196
(W) Isayama Hajime (A/CA) Isayama Hajime
Humanity pushes back! The Survey Corps develop a risky gambit - have Eren in Titan form attempt to repair Wall Rose, reclaiming human territory from the monsters for the first time in a century. But Titan-Eren's self-control is far from perfect, and when he goes on a rampage, not even Armin can stop him! With the survival of humanity on his massive shoulders, will Eren be able to return to his senses, or will he lose himself forever?
In Shops: Apr 03, 2013
SRP: $10.99
View All Items In This Series
ORDER SUBSCRIBE WISH LIST