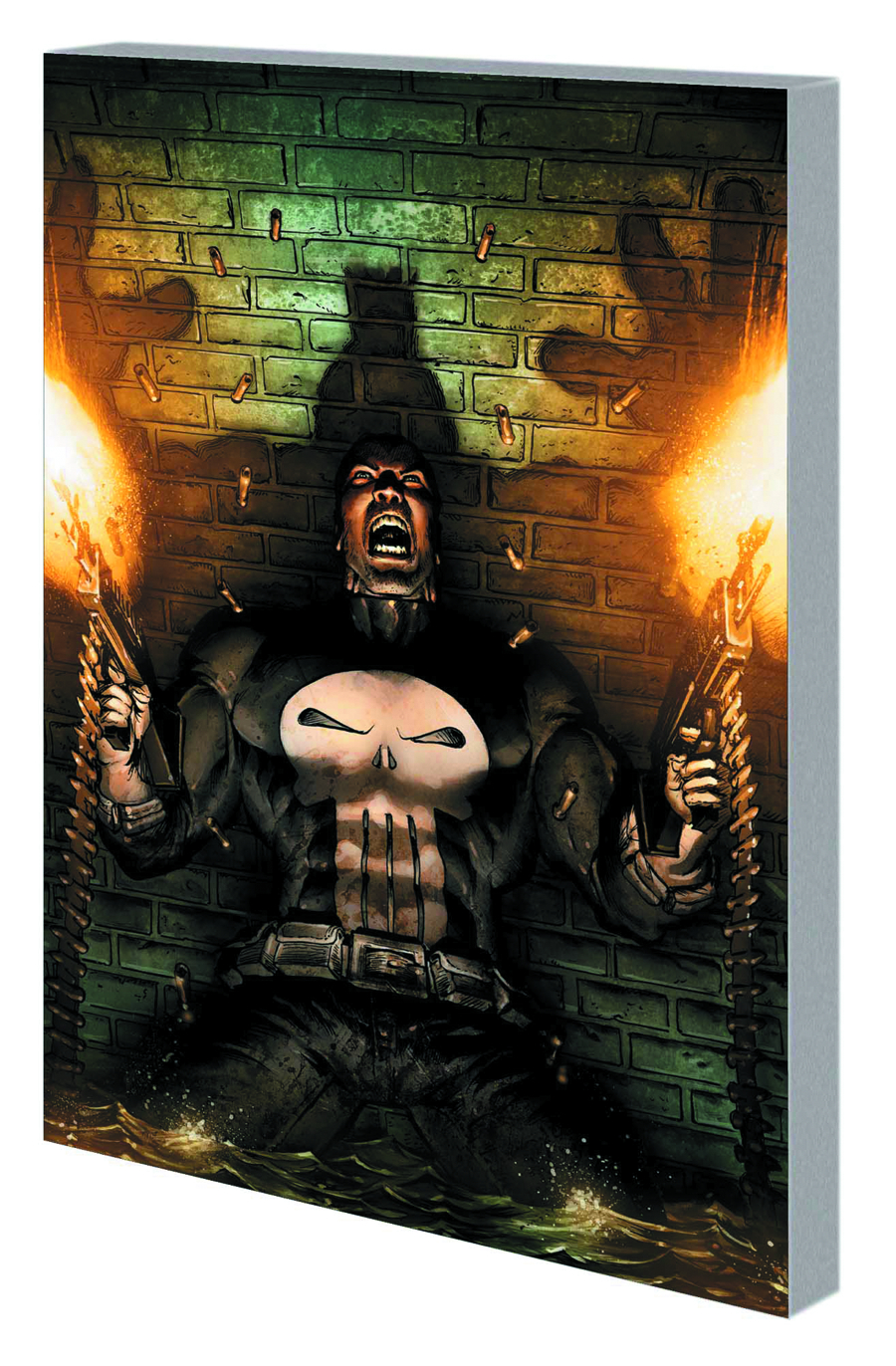 JAN130780
(W) Scott Gimple (A/CA) Mark Texeira
A Special Forces soldier is injured and his family is killed in the midst of a mob execution in Central Park - but this isn't Frank Castle. This time, it's a young soldier named Jake Niman, and the heartbreakingly familiar story puts Frank on the path of punishment! But as Jake heals from his wounds, why is he growing strangely stronger? And who is the mysterious Johnny Nightmare? As the Punisher's road to vengeance grows ever more twisted, bullets fly, anarchy reigns, allies become enemies, the Punisher becomes the punished - and no one is safe. Collecting PUNISHER: NIGHTMARE #1-5.
In Shops: Apr 03, 2013
SRP: $14.99
ORDER WISH LIST