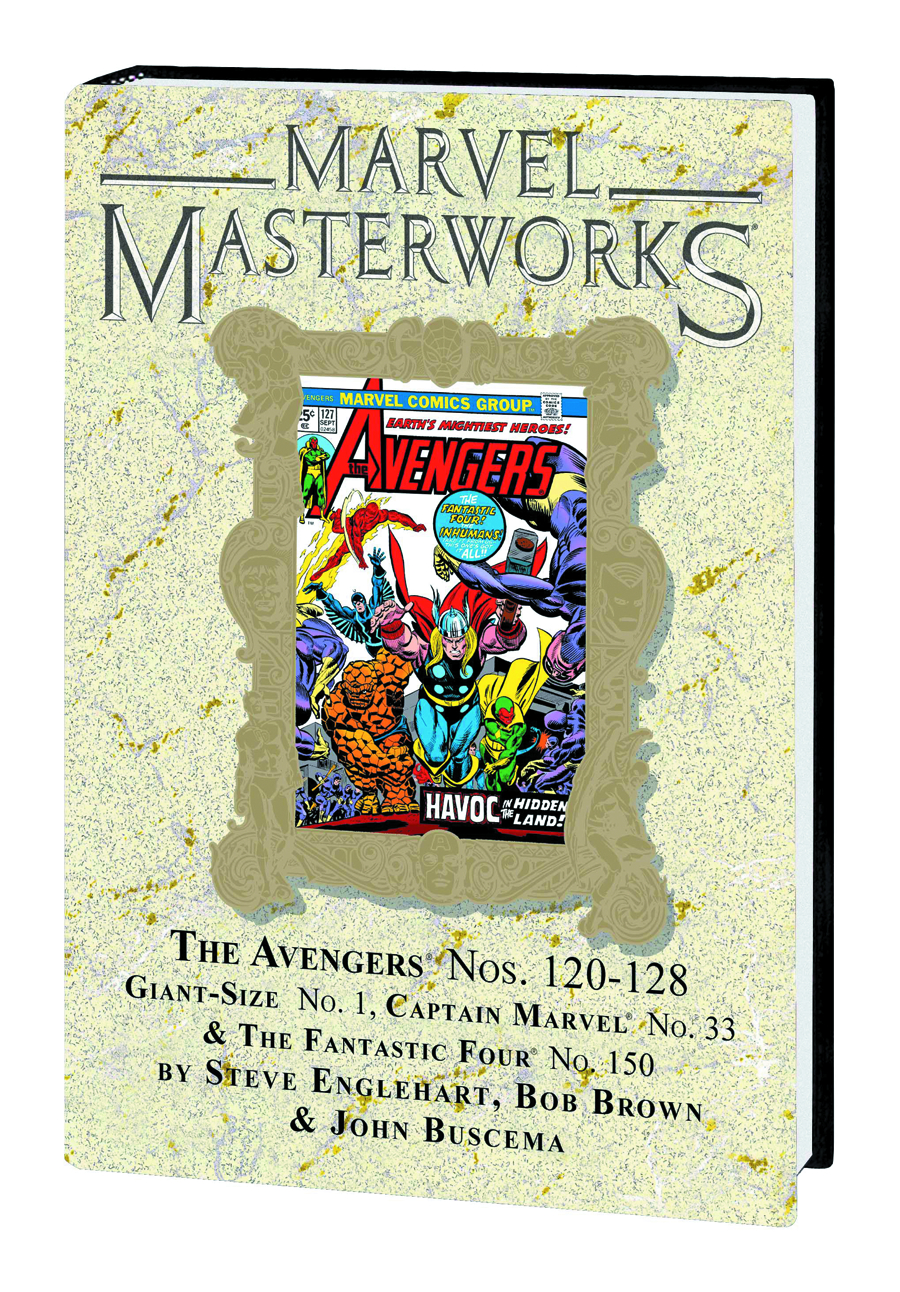 JAN130775
(W) Various (A) Various (CA) Gil Kane
Earth's Mightiest Heroes begin to unravel the origin of Mantis in their latest Masterworks extravaganza! An all-hands-on-deck battle with the Zodiac takes the Avengers to the stars and into the jungles of Vietnam before Mantis' surprise connection to the criminal gang is revealed. Then, the team lends its might to Captain Marvel's fight against Thanos and his Cosmic Cube! Next, Roy Thomas returns for a GIANT-SIZE AVENGERS adventure including the Golden Age heroes Miss America and the Whizzer, and a revelation about Quicksilver and the Scarlet Witch's origins. And that's not all! There's the wedding of Quicksilver and Crystal; the return of Ultron; and the increasingly tense love triangle emerging between the Scarlet Witch, the Vision and Mantis - classics one and all! Collecting AVENGERS (1963) #120-128, GIANT-SIZE AVENGERS (1974) #1, CAPTAIN MARVEL (1968) #33 and FANTASTIC FOUR (1961) #150.
In Shops: Jun 19, 2013
SRP: $69.99
View All Items In This Series