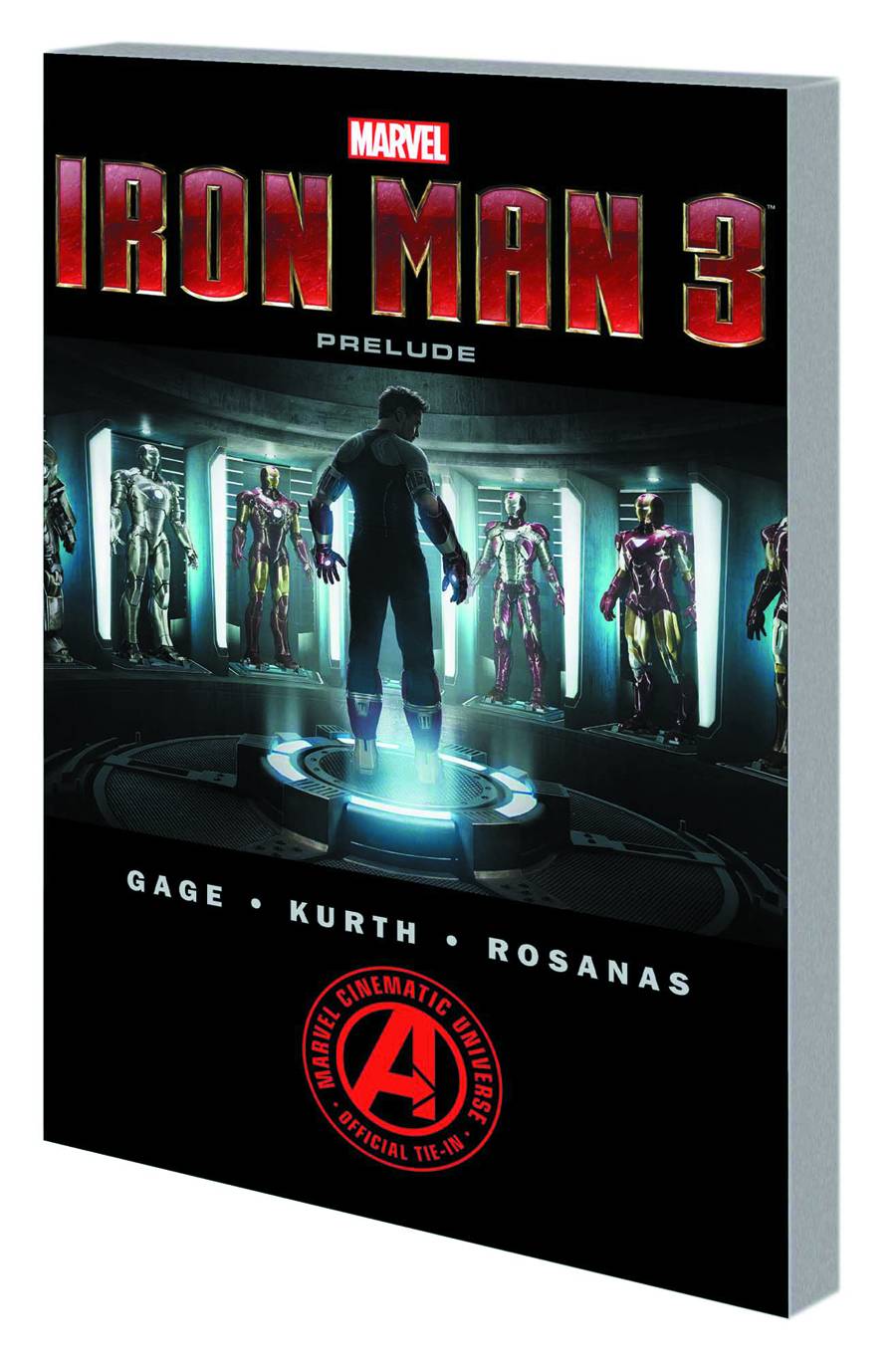 #
JAN130763
(W) Christos N. Gage, Will Pilgrim (A) Ramon Rosanas, Steve Kurth (CA) Various
The Marvel Cinematic Universe returns! First, it's the comics adaptation of the blockbuster film Iron Man 2! Why is the U.S. government going after Iron Man? Which mysterious figure from Tony's past returns - and what lethal vendetta is he carrying? Featuring the origin of War Machine! With Hammer drones attacking the Stark Expo and Tony's best friend under enemy control, how can Iron Man prevail? Then, it's a new story leading directly into the upcoming Iron Man 3! What mysterious project has Tony Stark been developing since his alliance with S.H.I.E.L.D.? When Tony tasks Rhodey with a mission of his own, War Machine faces his biggest test as a hero - while Iron Man fights the battle of New York alongside Earth's Mightiest Heroes! Collecting MARVEL'S IRON MAN 2 ADAPTATION #1-2 and MARVEL'S IRON MAN 3 PRELUDE #1-2.
In Shops: Apr 03, 2013
SRP: $14.99
ORDER WISH LIST