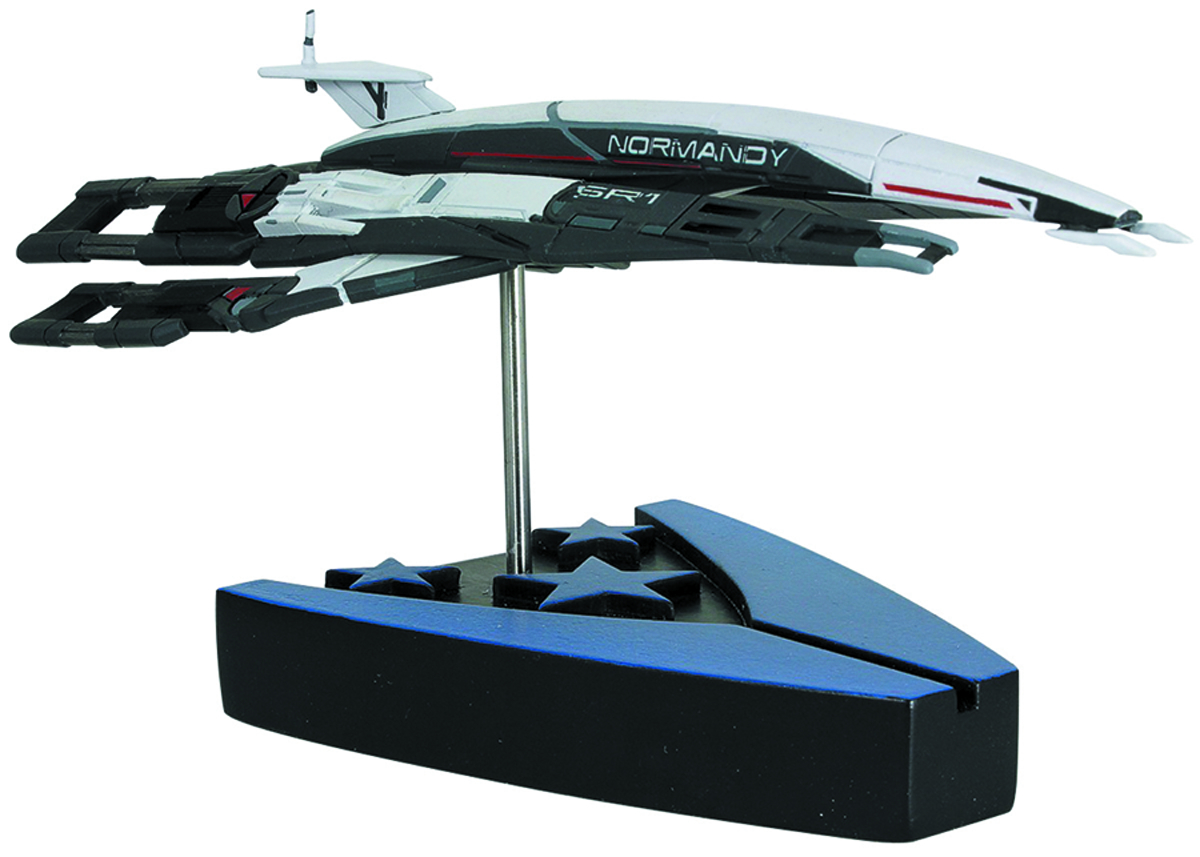 JAN130137
Continuing our line of ship replicas, we present two fantastic versions of the Normandy SR-1, the original treatment of the ship as seen in the first version of Mass Effect. As gamers know, the Normandy evolved considerably in subsequent Mass Effect releases. Here's a chance to capture Mass Effect right from the beginning. Our second offering is a limited edition of the same ship with a silver metal finish.