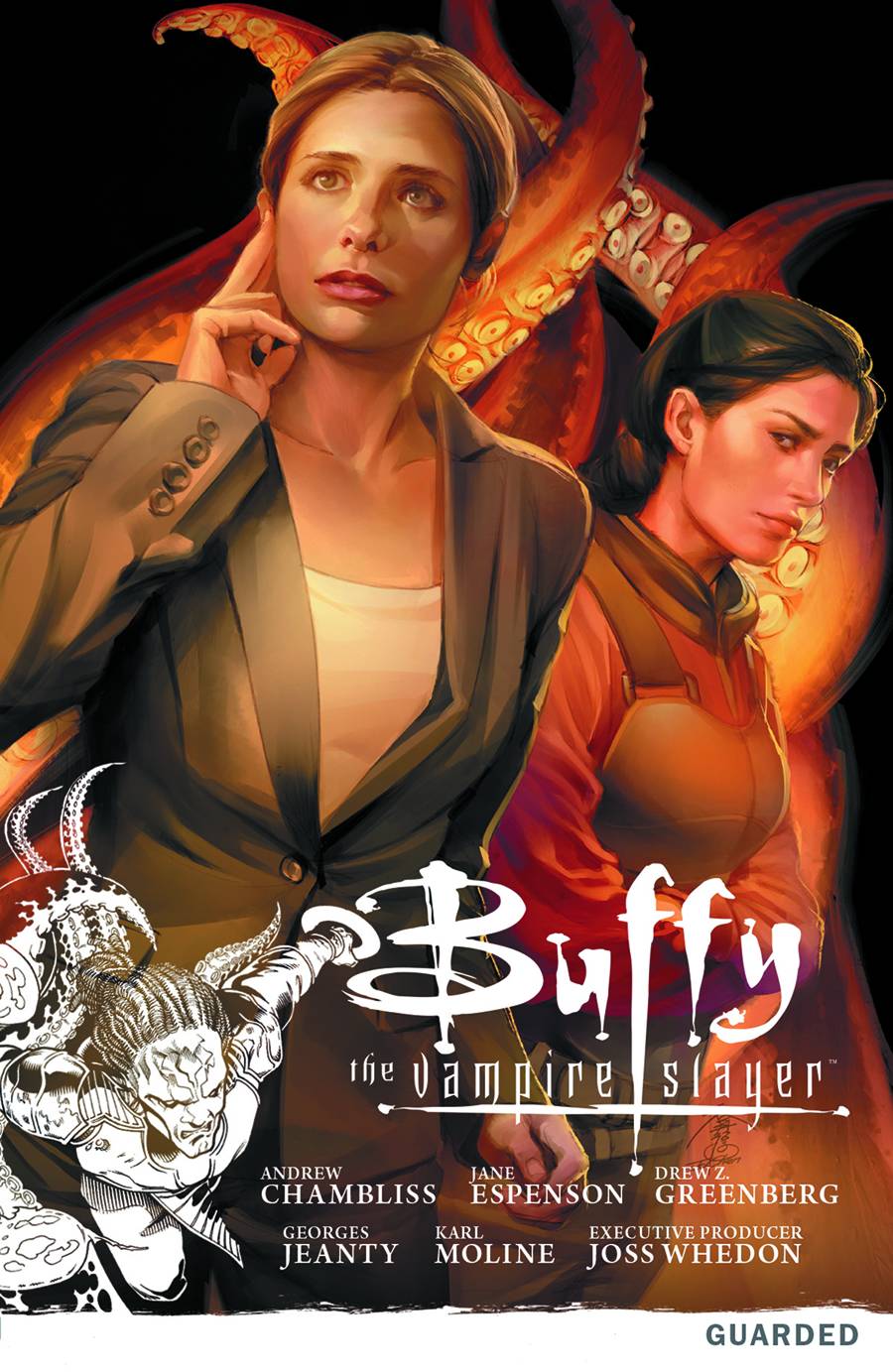 #
JAN130085
(W) Andrew Chambliss, Jane Espenson, Drew Z. Greenberg (A) Georges Jeanty, Karl Moline, Ben Dewey, Nathan Massengill, Andy Owens, Dexter Vines (CA) Michelle Madsen, Jo Chen
In a bold move to give disenfranchised Slayers a meaningful societal role (with pay), Kennedy recruits Buffy to act as bodyguard for high-profile clientele. But unlike the other recruits, Buffy struggles to abandon her Slaying instincts and looks for demony threats where none lie (much to Kennedy's dismay). So it's only natural that her first job is to protect a tech mogul who just so happens to be running from demon assassins! Collects Buffy Season 9 #11-#15.