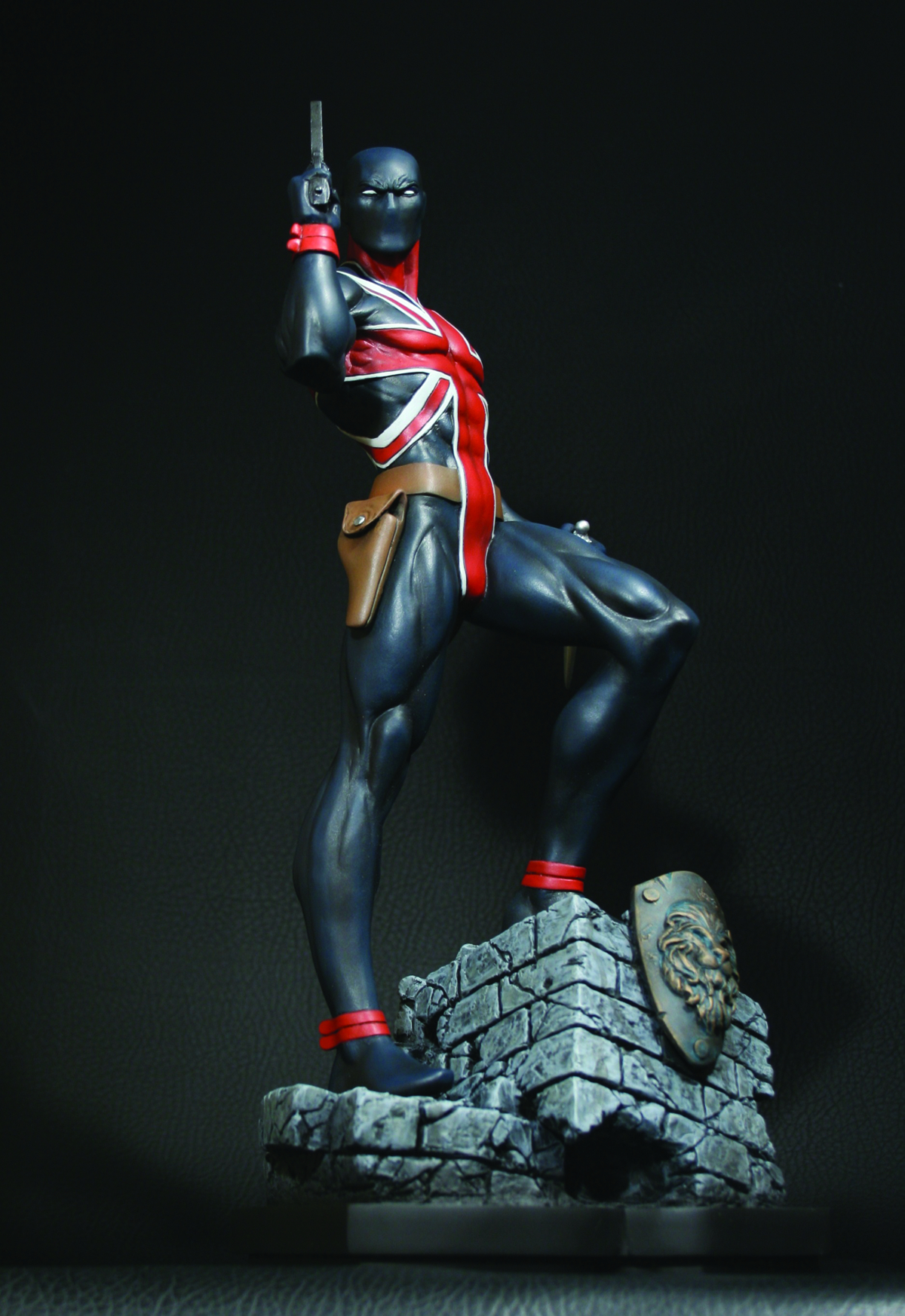 JAN121829
A Bowen Designs Sculpt! Imprisoned by the Germans during World War II, British aristocrat Brian Falsworth was given a dose of the Germans' attempt to recreate the super-soldier serum that had created Captain America. To his surprise, Falsworth discovered that his strength, speed, stamina, and reflexes were all enhanced and, escaping from his German captors, he returned to England and became Britain's costumed super soldier, the Union Jack! This 12 1/2" tall statue sculpted by the Kucharek brothers brings this dynamic British hero to life!