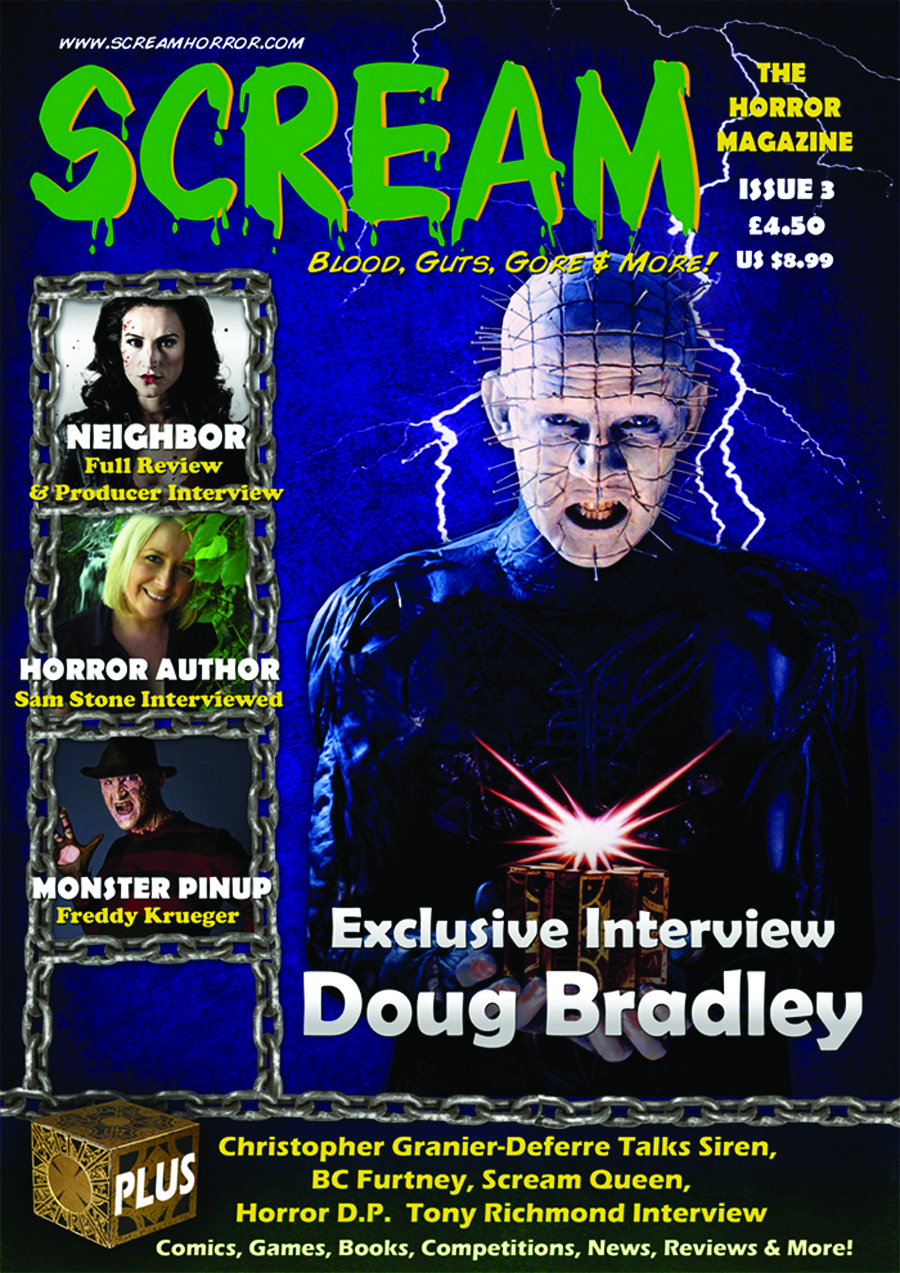 JAN121404
Scream is Britain's number one horror magazine! The new issue is packed with blood, guts, gore and more! First up, Scream's exclusive report from the set of Zombie King, featuring interviews with The Lost Boys' Corey Feldman and Terminator 2's Edward Furlong, discussing what its like to battle the undead. Then Steve Niles talks about his 30 Days of Night vampire creation; and Kane Hodder talks about his life in the role of Jason Voorhees in many of the Friday The 13th films! Plus there are more interviews, home video reviews, comic and graphic novels examined, festival reports, Scream's own horror comic strip, reader competitions, industry news, retrospectives and plenty more!. If horror is your thing you won't go wrong at all with Scream!