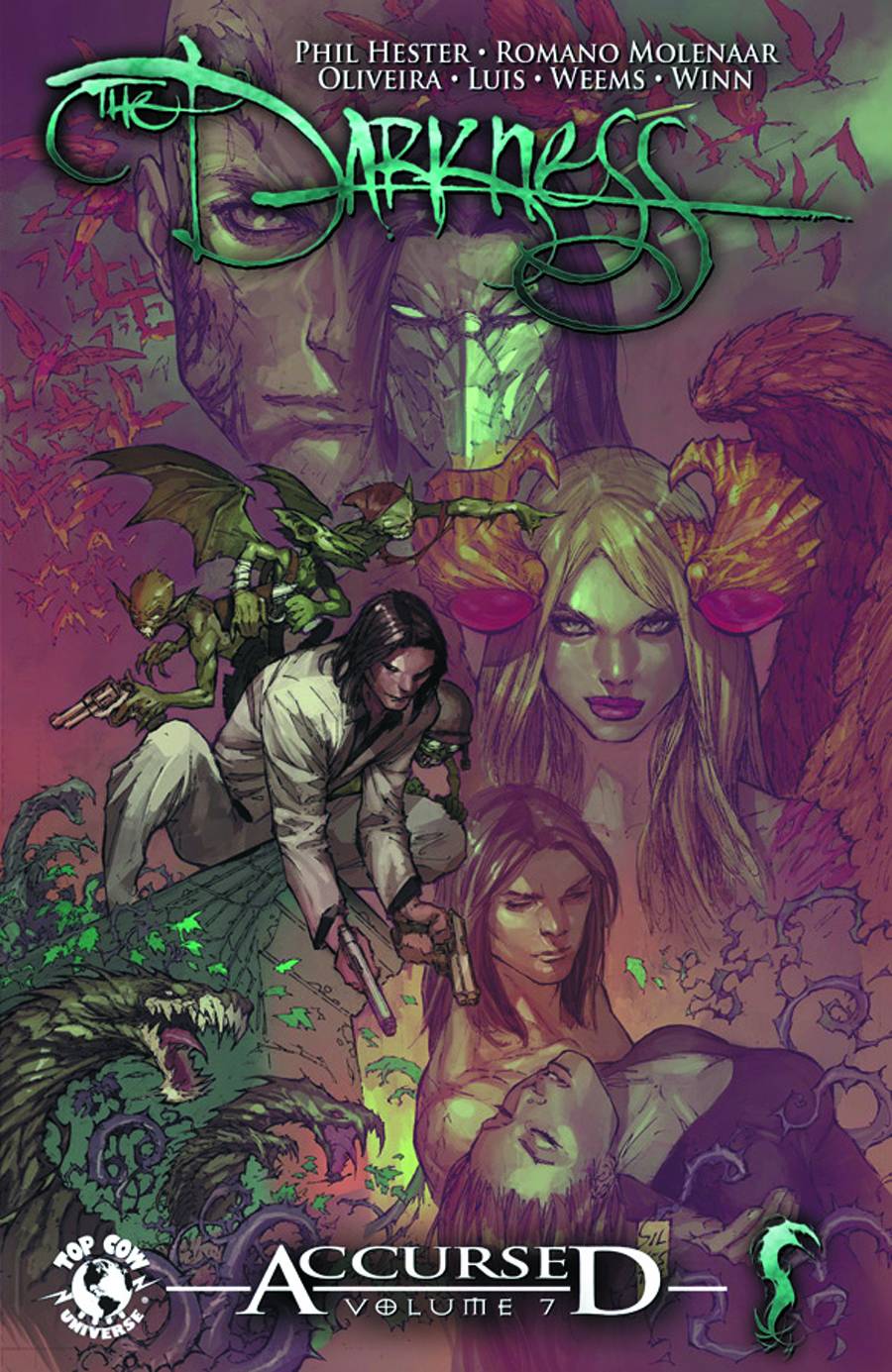 JAN120512
(W) Phil Hester (A) Romano Molenaar, Leandro Oliviera, Jos? Luis, Joe B. Weems, Ryan Winn, Rick Basaldua, Jason Gorder (CA) Marc Silvestri
PHIL HESTER'S EPIC RUN CONCLUDES!
Jackie Estacado has been pushed to the limit and beyond. He finally has something worth losing in his life and there is only one true threat to his happiness - the Darkness, itself. Utilizing the Sun Dagger, Estacado will die and plunge himself into the Darkness dimension itself to confront the very source of his gift and his curse.
Longtime writer PHIL HESTER (Wonder Woman, Bionic Man) concludes his critically acclaimed run on one of Top Cow's flagship franchises with art by ROMANO MOLENAAR (Within Temptation's the Unforgiving) and LEANDRO OLIVEIRA (Superman) with "Total Darkness." The perfect way to catch up before starting DAVID HINE and JEREMY HAUN's new run!