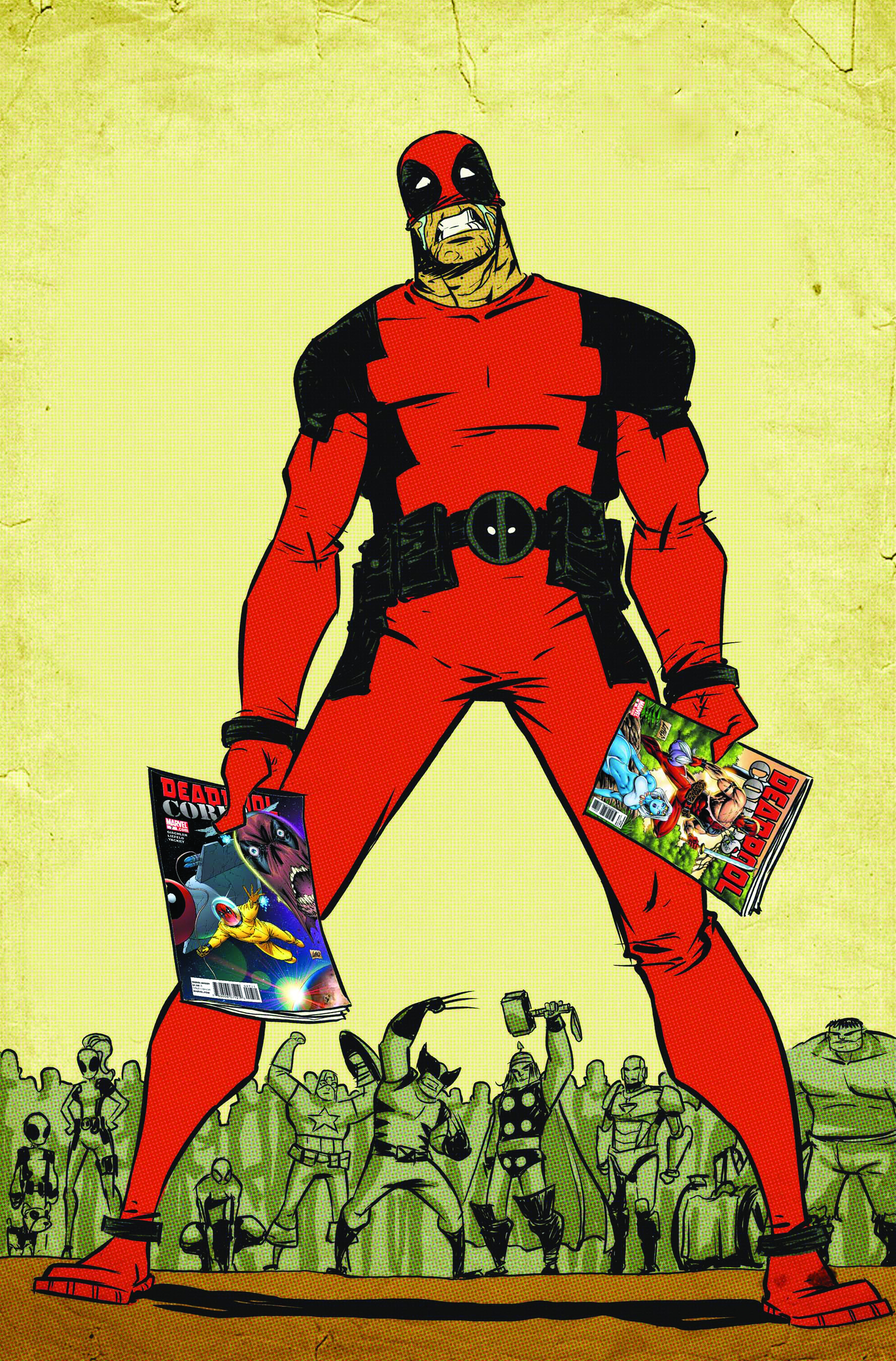 JAN110776
(W) Victor Gischler (A) Marat Mychaels (CA) Skottie Young
Written by Victor Gischler
Penciled by Marat MYCHAELS
Cover by Rob Liefeld
Variant Cover by Skottie young
"YOU SAY YOU WANT A REVOLUTION," PART 6
The revolution is over and the fate of the Krook people is now in their own hands, but what of the fate of the Deadpool Corps?  As they try to escape with their tons of ill-gotten booty, the very fate of the Corps itself is in the balance.  The scintillating conclusion to the Space Family Wilson's adventures across the far-flung cosmos.
32 PGS./Parental Advisory