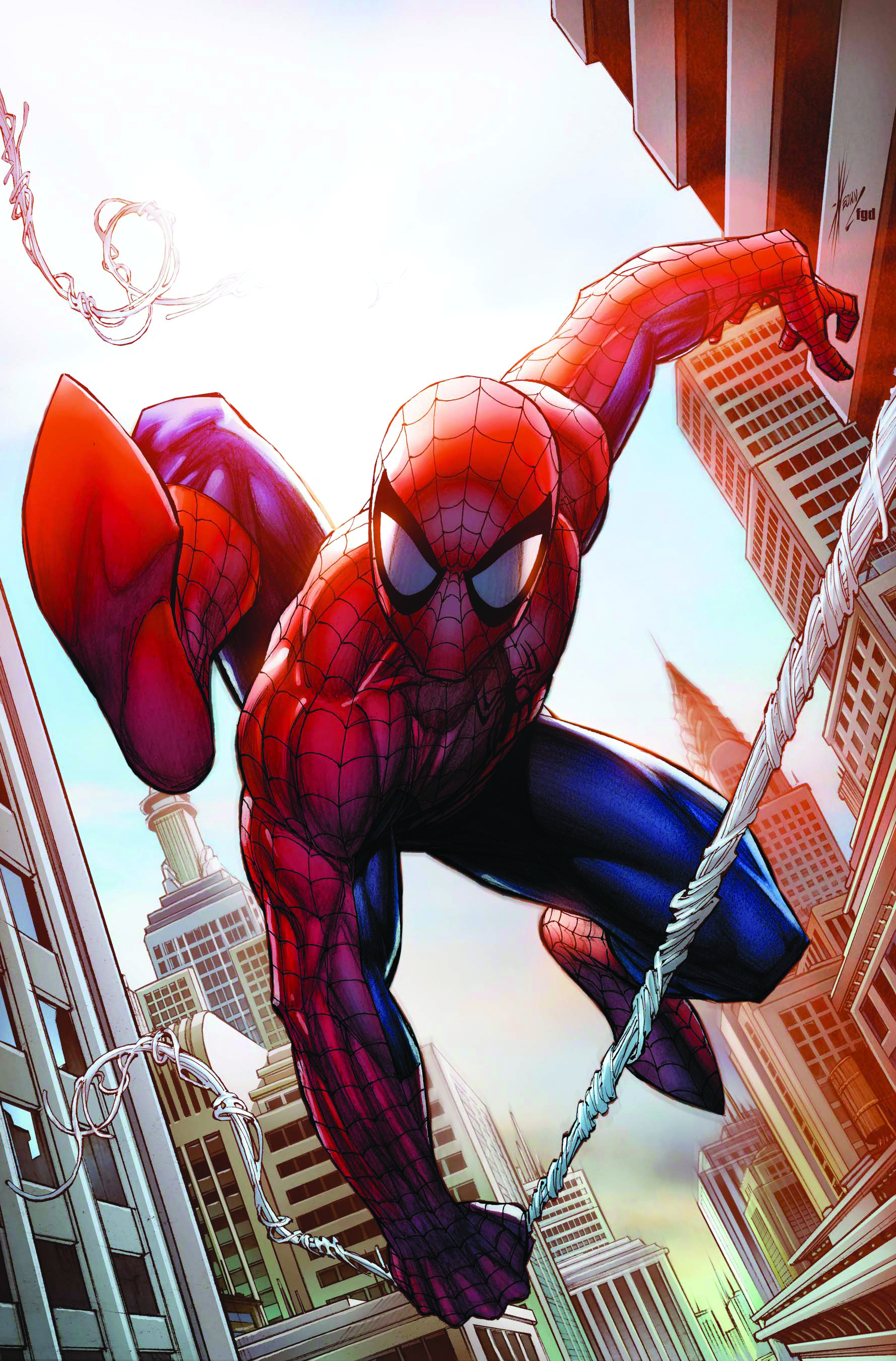 JAN110719
(W) Warren Simons (A) Todd Nauck (CA) Dale Keown
Written by WARREN SIMONS, PAUL TOBIN & FRED VAN LENTE
Penciled by TODD NAUCK, CLAYTON HENRY & REILLY BROWN
Cover by DALE KEOWN
Spidey teams up with Mayor Bloomberg, and it's all in the name of public service! This one-of-a-kind comics story - first offered as an insert in the New York Daily News; and available for download onto your iPhone, iPod Touch and iPad using the Marvel App - spotlights the range of New York City's public employment services by using Spidey's alter-ego Peter Parker, the world's most prolific jobseeker, as an example of how to use the city's Workforce1 system. Plus: Hit the streets for a team-up of a different sort, as the web-slinging wonder joins forces with the all-new, all-different Power Man! And learn why you CAN sometimes send a Spider-GIRL to do a Spider-MAN's job. Collecting AMAZING SPIDER-MAN: YOU'RE HIRED!, and material from AMAZING SPIDER-MAN #648 (Spider-Girl story) and #652-653 (Spider-Man/Power Man stories).
40 PGS./Rated A