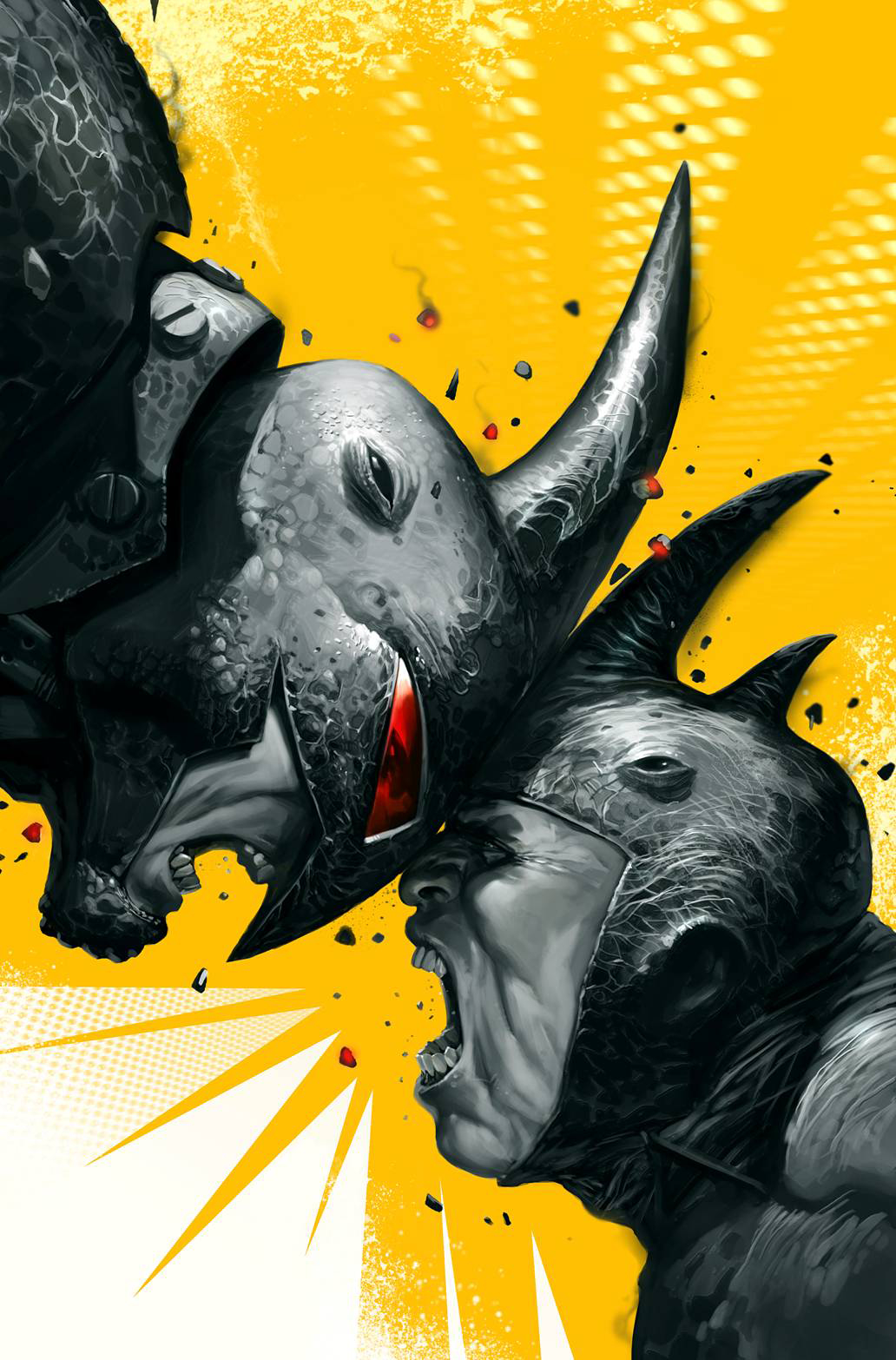 JAN100555
(W) Joseph Kelly (A) Max Fiumara (CA) Marko Djurdjevic
Written by JOE KELLY
Penciled by MAX FIUMARA
Cover by MARKO DJURDEVIC
Deep within the fires of the gauntlet It's Rhino vs. Rhino - with Spidey caught in the middle!  When the young, teched-out upstart who's taken the Rhino mantle refuses to leave the original Rhino, Aleski Systevich in peace, he forces Systevic to make a stand...and the tragic result s will be felt in Spidey's life for months to come.  Witness THE LAST STAND OF THE RHINO!
32 PGS./Rated A ...$2.99