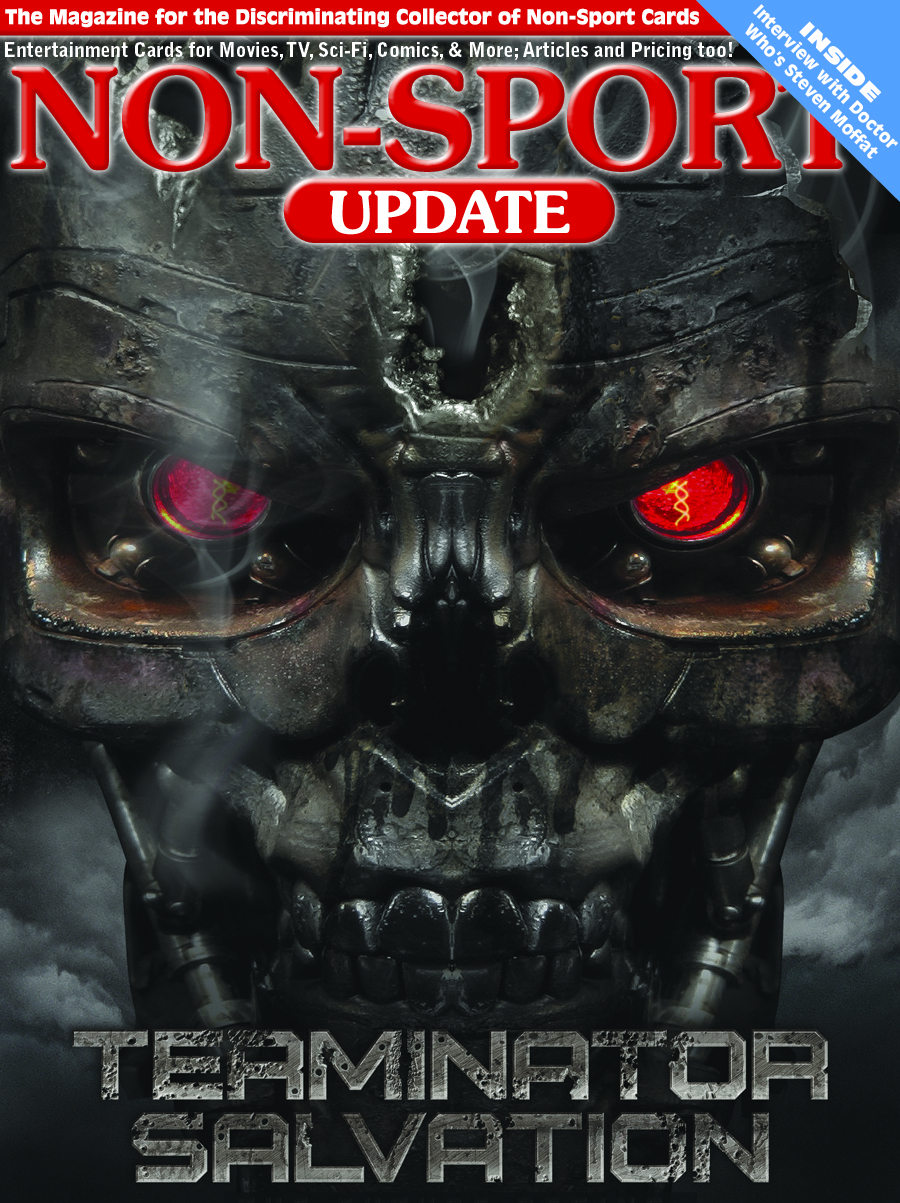 JAN094606
Terminator is one of the most lucrative film franchises of all time, with the first three films grossing more than 1 billion dollars worldwide, and the cover will feature an image from Terminator: Salvation, the new film starring Christian Bale, followed by an in-depth article on the film! While collectors anxiously await Inkworks' Doctor Who trading cards, readers can peek behind the Doctor Who curtain with the new producer, Steven Moffat! Plus, New Card Review, Non-Sport Shorts Timeline, Finders Keepers, the Promo Column, and Cards Online!