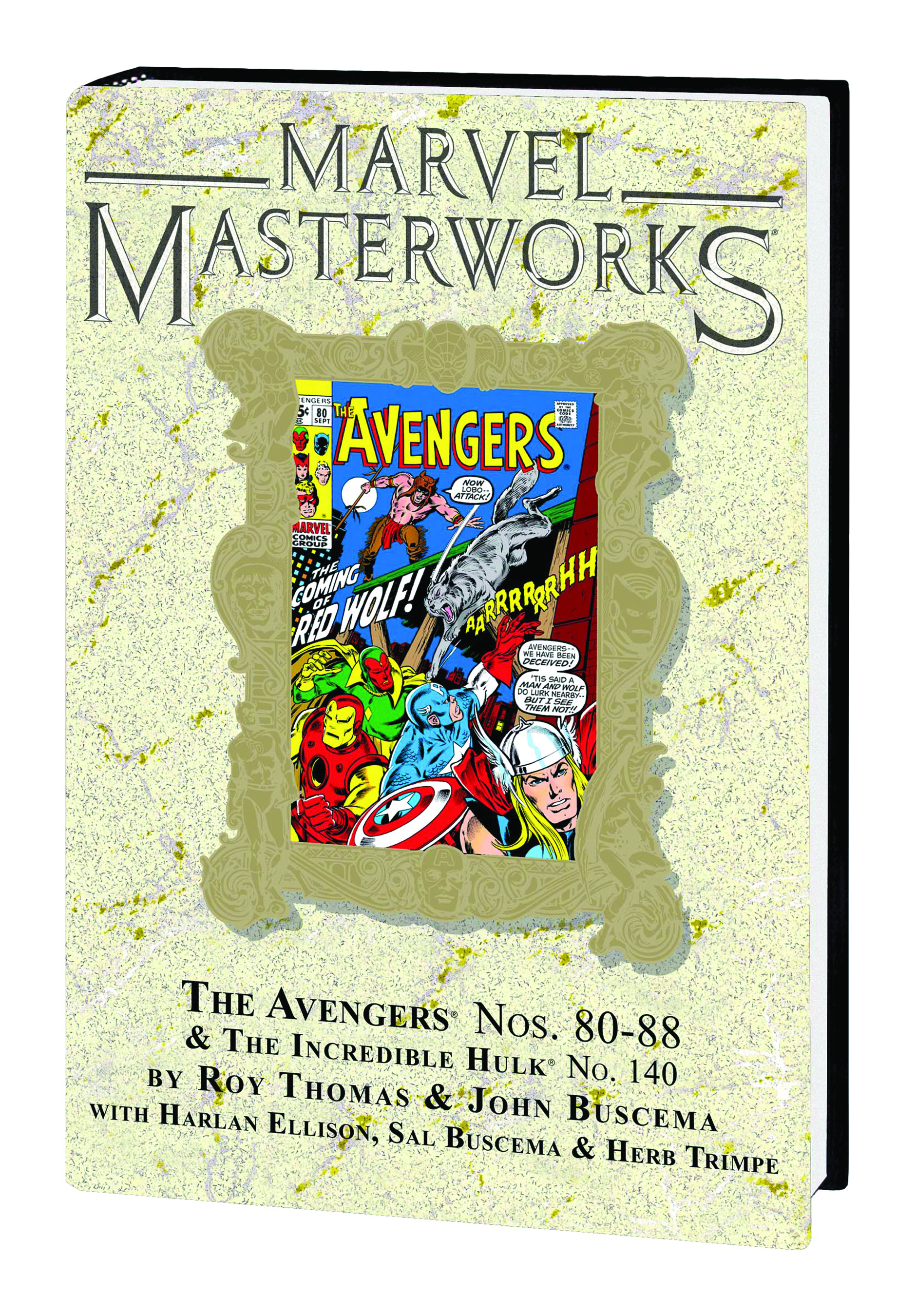 JAN092565
(W) Roy Thomas (A) Various (CA) John Buscema
Written by ROY THOMAS with HARLAN ELLISON
Penciled by JOHN BUSCEMA with SAL BUSCEMA, HERB TRIMPE & FRANK GIACOIA
Cover by JOHN BUSCEMA
Rascally Roy Thomas and Big John Buscema are back again with another batch of true Avengers classics! They've packed so many fantastic firsts into these pages, there's no time to delay so here we go: First you'll meet a new face in the Marvel Universe, the Native American hero, Red Wolf! Then, it's all-out invasion when the Zodiac take over Manhattan, followed by the first appearance of the Defender-to-be, Valkyrie and the Lady Liberators. Then comes a set of other-dimensional threats that helped defined a decade: the sword-and-sorcery menace, Arkon, and the evil super-team, the Squadron Sinister. Follow that up with the origin of the Black Panther, and a crossover classic penned by Roy and the award-winning titan of speculative fiction, Harlan Ellison, that pits the Avengers with the Hulk in an adventure that changed ol' Greenskin forever. With guest-star appearances by Peter Parker, Aunt May, the Fantastic Four, Black Widow, the Inhumans' Medusa, Professor X and Roy Thomas himself there's no denying that the entire Marvel Universe has fallen in for this one, so reserve that copy today, True Believer! Collecting AVENGERS #80-88 & INCREDIBLE HULK #140.
224 PGS./ All Ages ...$54.99