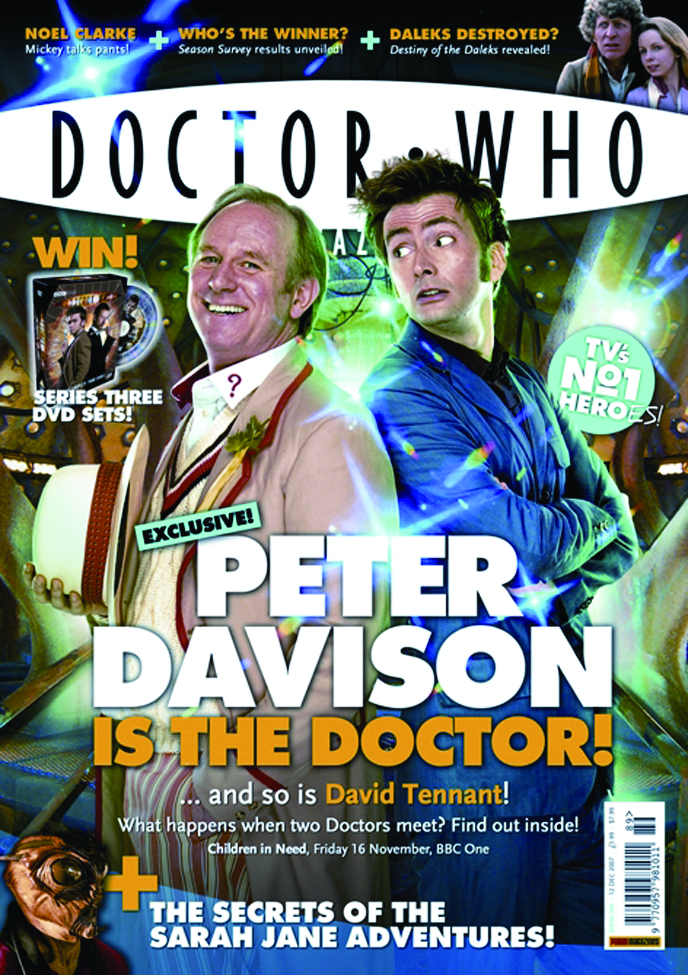 JAN084053
Doctor Who Magazine is the official publication of the hit BBC television series, jam-packed with news, photos, and features! This issue, we look forward to the first episodes of the fourth season, including exclusive interviews with the cast and crew; part three of the full-color comic strip adventure, "Universal Monsters;" executive producer Russell T. Davies reveals more secrets about the forthcoming season in his "Production Notes" column; the Time Team review "The Mark of the Rani;" all the latest books, audios, and DVDs are previewed and reviewed; plus much, much more!