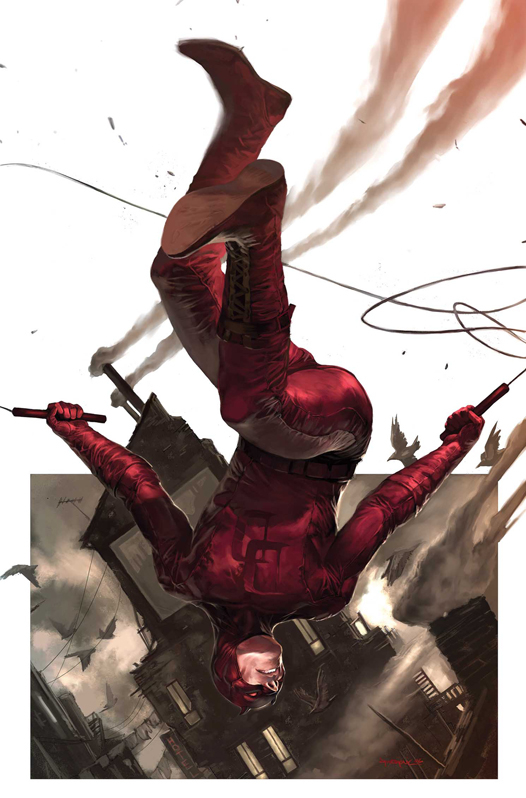 JAN072367
(W) Ed Brubaker (A) Stefano Gaudiano, Michael Lark (CA) Marko Djurdjevic
Written by ED BRUBAKER
Penciled by MICHAEL LARK
Cover by MARKO DJURDJEVIC
The second big year of award-winning creators Ed Brubaker and Michael Lark's explosive run on Daredevil is here, and if you think Matt Murdock's life is going to start getting simpler, think again!  As Matt tries to deal with the changes in his life, and find a way to move forward, a threat from his past begins to creep toward daylight. And with the post-Civil War fallout all around him, the price of being Daredevil just got even higher. The next mystery begins in "To The Devil His Due" - Part One of Five.
32 PGS./Rated T+ ...$2.99