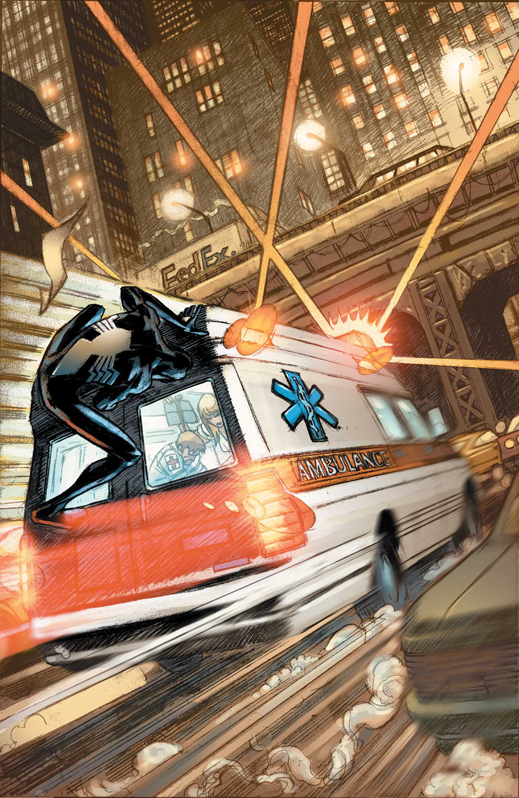 JAN072353
(W) J. Michael Straczynski (A/CA) Ron Garney
Written by J. MICHAEL STRACZYNSKI
Pencils and Cover by RON GARNEY
"BACK IN BLACK " PART 2
No one's paid the price for Civil War more than Peter Parker.  Now, one of his worst fears has been realized.  A tragedy from which he might never recover.  And if that weren't enough - he's a fugitive, hunted, on the run.  Black isn't just the color of his costume - it's a state of mind.  Get on board here, True Believer, as we gear up for an event that will forever change the life of your favorite web-slinger.  There IS no going back.
32 PGS./Rated A ...$2.99