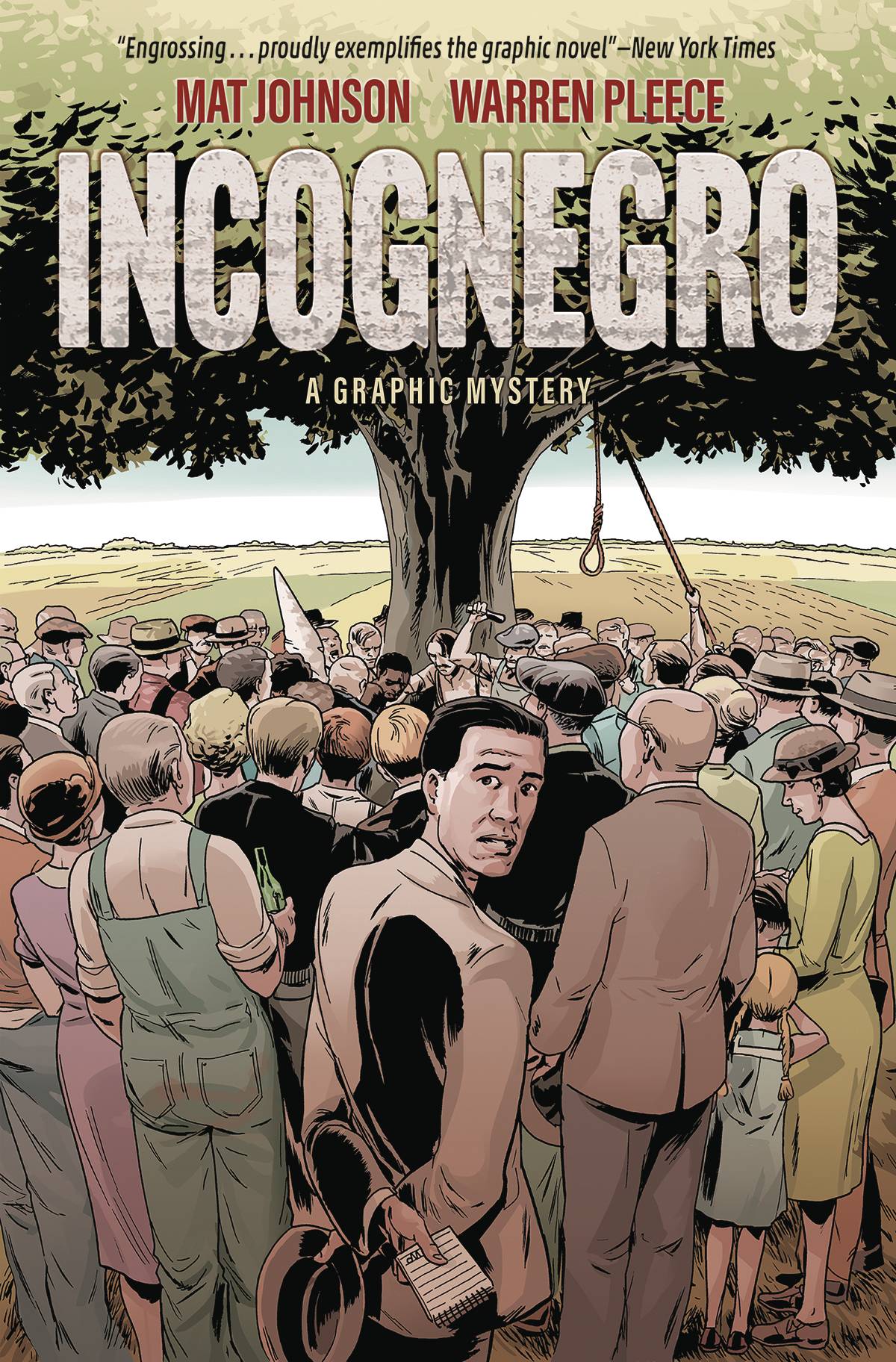 #
FEB230445
(W) Mat Johnson (A/CA) Warren Pleece
A tenth anniversary edition of the acclaimed graphic novel! In the early 20th Century, Zane Pinchback, a reporter for the New Holland Herald, is sent to investigate the arrest of his own brother, charged with the brutal murder of a white woman in Mississippi. With a lynch mob already swarming, Zane, whose skin color is light enough that he can pass for white, must stay "incognegro" long enough to uncover the truth behind the murder to save his brother - and himself. Suspenseful, unsettling and relevant, Incognegro is a tense graphic novel of shifting identities, forbidden passions, and secrets that run far deeper than skin color. Features a new afterword by Mat Johnson, enhanced toned art and other additional material.
In Shops: Mar 22, 2023
SRP: $19.99