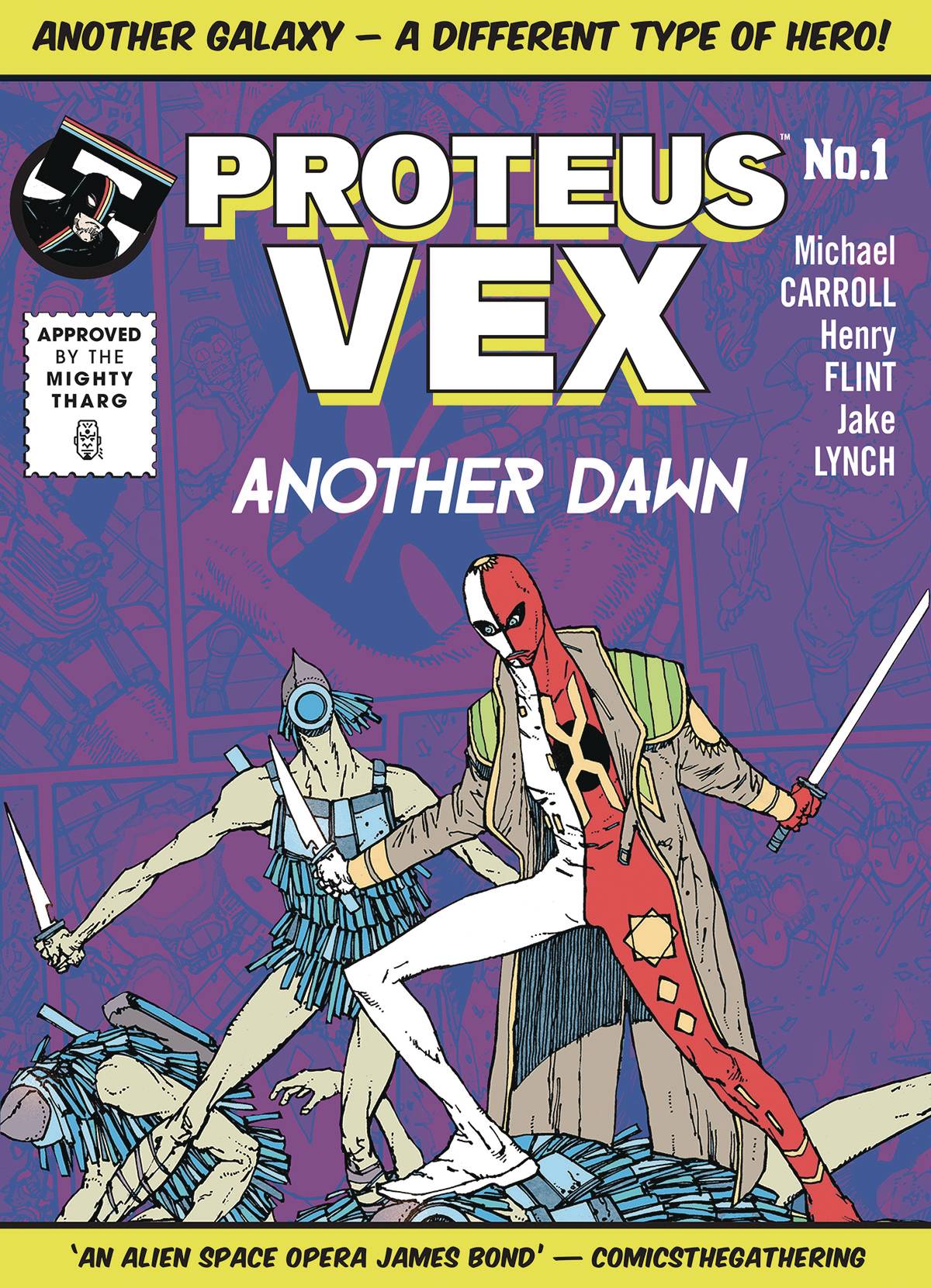 #
FEB221654
(W) Michael Carroll (A) Jake Lynch (A/CA) Henry Flint
For fourteen brutal centuries, the Imperium Ascendant and the Obdurate have clashed in an intergalactic war that spanned planets and peoples. Then the war - and the Obdurate - came to a dramatic end. Now, the galaxies are picking up the pieces. In the midst of this sprawling, dazzling system of galaxies, is Proteus Vex, ex-soldier for the Imperium Ascendant turned super-agent. He's fast, brutal, and he always gets his prey. But when he is sent to find his former superior officer, Vex finds himself caught up in a deadly conspiracy. Hit comics team Michael Carroll (The New Heroes, Dreadnoughts, Judge Dredd), Henry Flint (Judge Dredd, Zombo) and Jake Lynch (Judge Dredd) bring you a mind-expanding, colourful story that will plunge you into a series of strange new worlds.