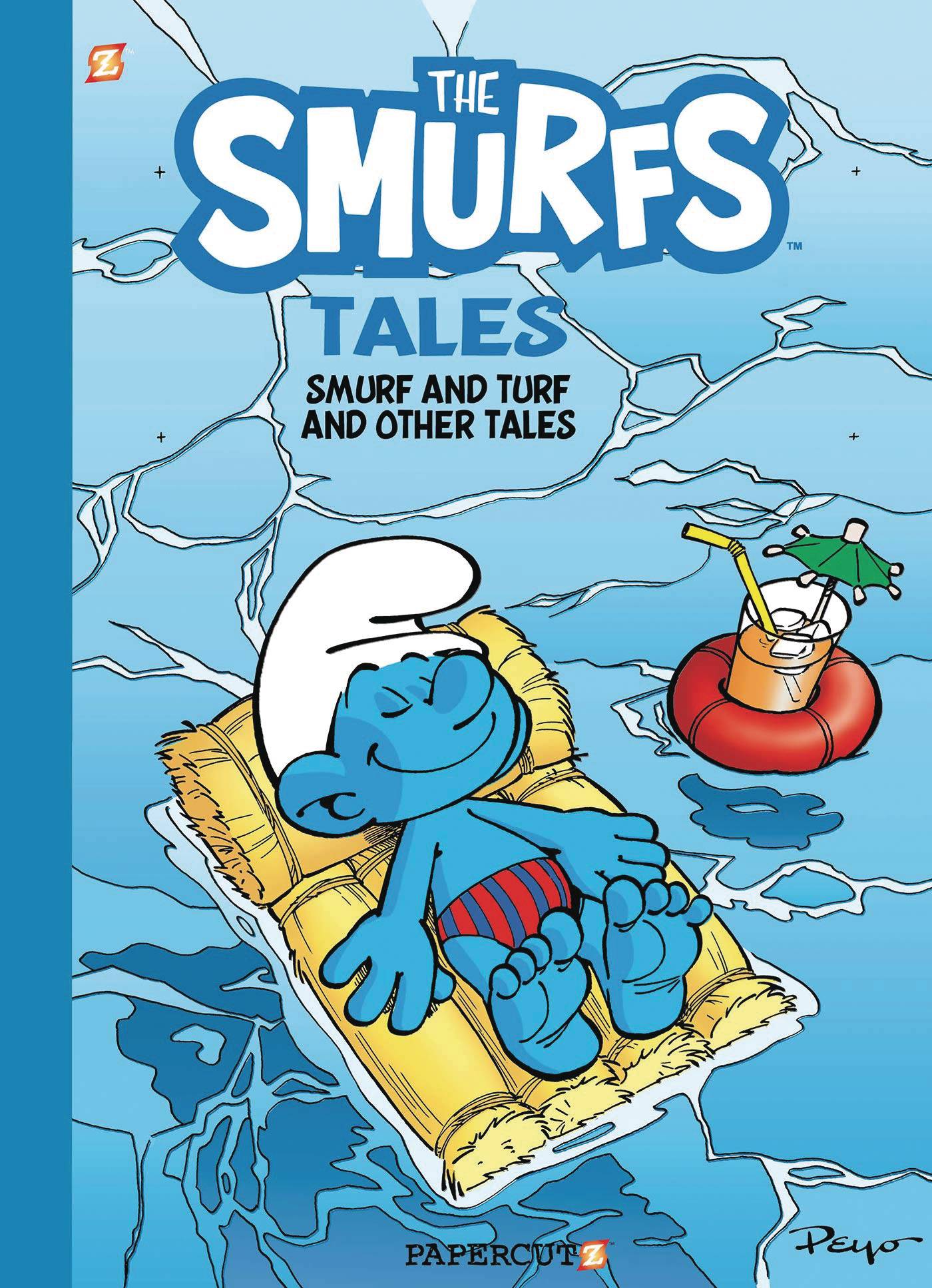 #
FEB221612
(W) Peyo (A) Peyo
Join Papa Smurf, Smurfette, and rest of the lovable blue smurfs for classic, three-apple tall adventures, translated to English for the first time. First, resident handyman Handy Smurf is in need of some rest and relaxation. Papa Smurf sends him to the lake to unwind a bit. But, what happens when the other Smurfs decide they have smurfed enough and want a vacation as well?  Among all this relaxing, the evil sorcerer Gargamel is working harder than ever to discover the secret location of the Smurf Village!  Plus: A never-before published in English adventure of Johan and Peewit, the Smurf creator Peyo's comedy/adventure series, featuring the young squire and the mischievous court jester, that helped launch the Smurfs. This story delves deeply into Peewit's mysterious background. Also: Over a 120 Smurf gags-short comic strips with hilarious gags featuring all you favorite Smurfs! A perfect tie-in opportunity with the all-new SMURFS animated series on Nickelodeon!
In Shops: Jun 01, 2022
SRP: $22.99
View All Items In This Series
ORDER SUBSCRIBE WISH LIST