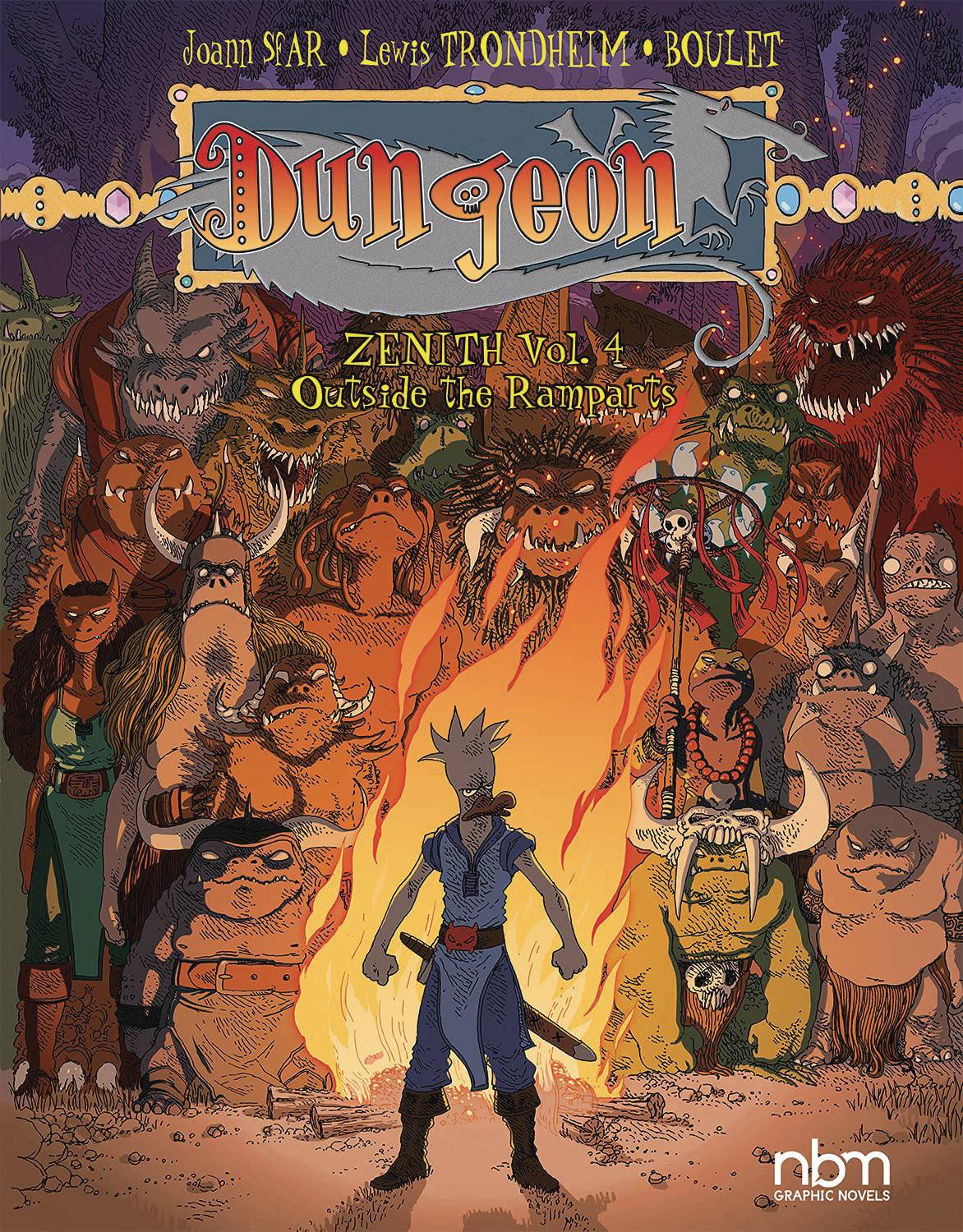 #
FEB221583
(W) Joann Sfar (A/CA) Lewis Trondheim
The epic saga spoof of Dungeons & Dragons returns in a long-awaited comeback with two new stories in the height of Dungeon's power! In the first chapter: to reclaim the Dungeon that fell to the scheming William Delacourt, the plan is simple: Marvin, Isis and Herbert must find some magic fugus purit and use it to dislodge the current occupants of the fortress. But is this really the Guardian's plan? In the second: according to the draconian tradition, Herbert is officially mandated by Marvin to go see his mother and announce his engagement to Pirzuine. Upon arrival, he discovers her murder. To avoid a bloodbath, will the valiant duck succeed in finding the culprit before Marvin arrives, without alienating the sensitive dragons who inhabit the village?
In Shops: Mar 23, 2022
SRP: $14.99
View All Items In This Series
PREORDER SUBSCRIBE WISH LIST