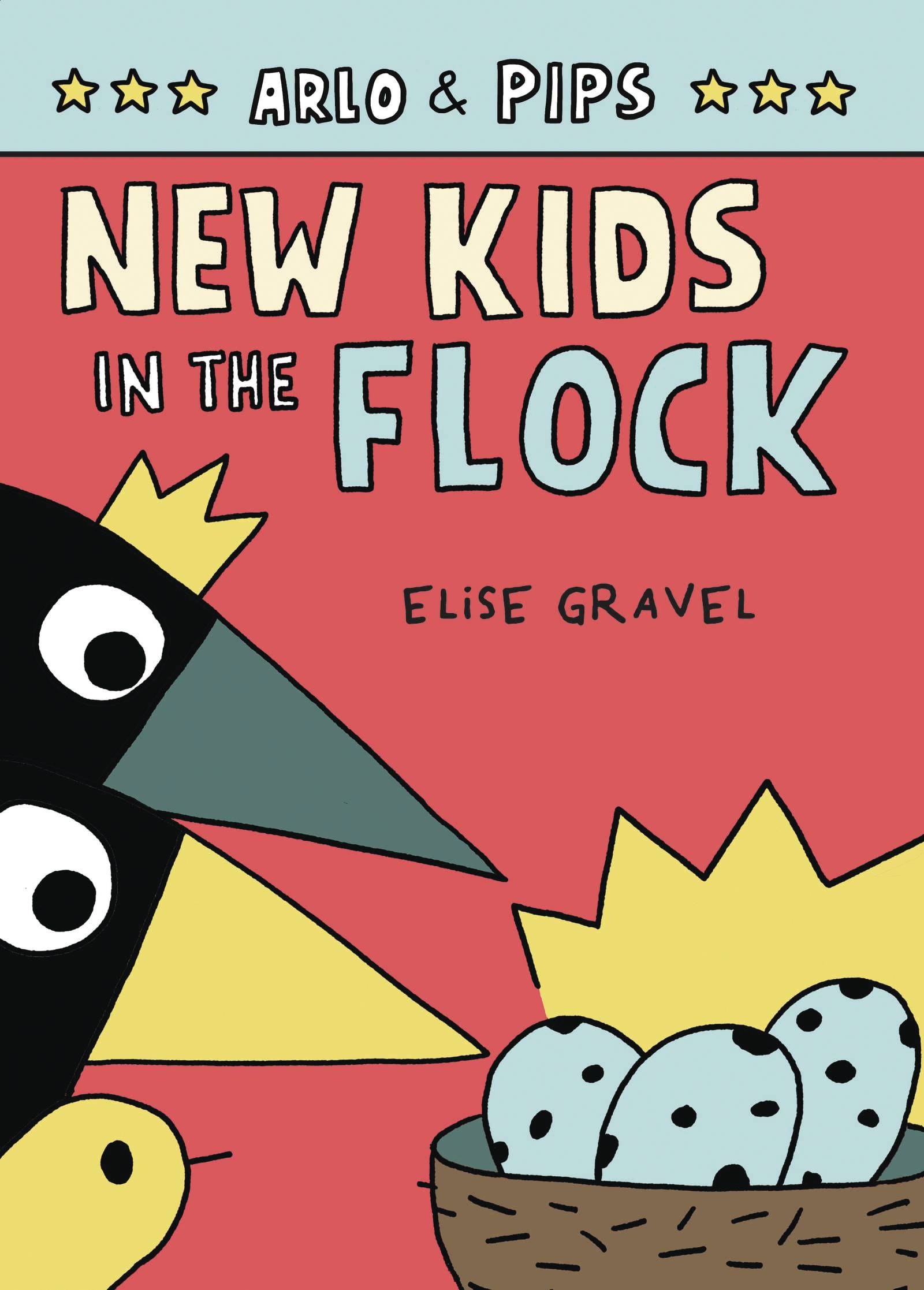 #
FEB221509
(W) Elise Gravel (A/CA) Elise Gravel
In the grand finale of Elise Gravel's graphic chapter book series that Kirkus called "a
charming treasure," Arlo the crow is going to be a dad!
Check out the third and final book in the new early graphic chapter book series starring
Arlo the crow and Pips. This HarperAlley series has received two starred reviews for its
blend of smart humor and crow facts as well as praise from Ben Clanton, creator of
Narwhal and Jelly, who called it "fun and informative!"
Goodbye, bachelor life in the city, hello, family nest in the suburbs! After meeting Marla
and deciding she was THE ONE, Arlo is ready to commit and start a family. After all,
crows mate for life! But being a dad doesn't mean Arlo is suddenly giving up his love
for shiny things or showing off less. It just means he will have a new audience to
impress and even teach! Parenting is tough even for a genius like Arlo. He and Marla
will have their hands full with feeding and teaching their chicks how to fly, hunt, speak,
and maybe dance a bit of ballet, but thankfully Uncle Pips is here to help.
This final story has snappy dialogue paired with a limited color scheme that's perfect
In Shops: Apr 06, 2022
SRP: $7.99
View All Items In This Series
ORDER SUBSCRIBE WISH LIST