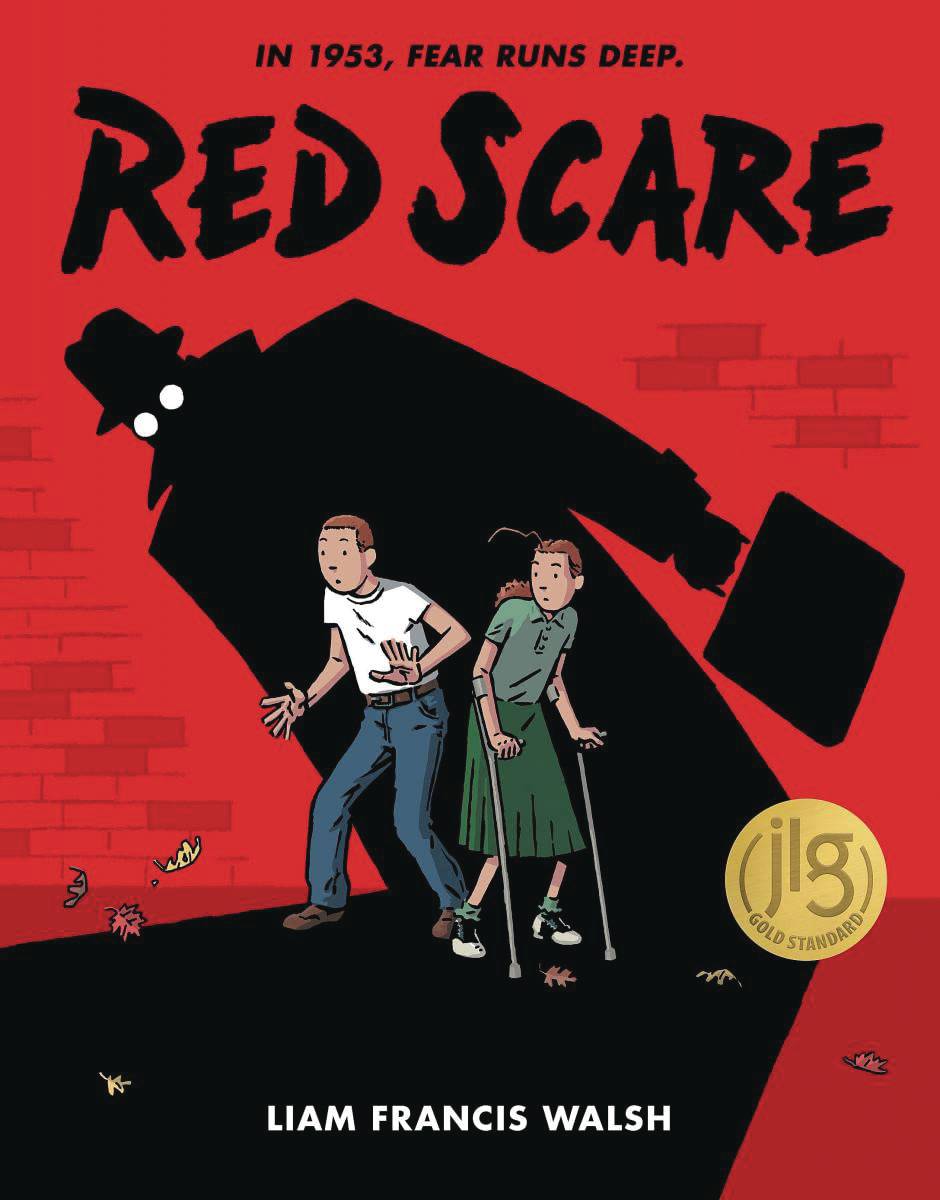 #
FEB221504
(W) Liam Francis Walsh (A/CA) Liam Francis Walsh
A page-turning sci-fi adventure set in 1953, featuring a clever girl who,
against all odds, must outsmart bullies, the FBI, and alien invaders during the
height of the communist Red Scare.
A Junior Library Guild Gold Standard Selection
"Red Scare is a brilliant, fast-paced adventure. Action, history, and a tiny bit of fantasy
collide in eye-popping panels, loaded with heart." -- Max Brallier, #1 New York Times
bestselling author of The Last Kids on Earth series
Peggy is scared: She's struggling to recover from polio and needs crutches to walk,
and she and her neighbors are worried about the rumors of Communist spies doing bad
things. On top of all that, Peggy has a hard time at school, and gets taunted by her
classmates. When she finds a mysterious artifact that gives her the ability to fly, she
thinks it's the solution to all her problems. But if Peggy wants to keep it, she'll have to
overcome bullies, outsmart FBI agents, and escape from some very strange spies!
In Shops: Apr 20, 2022
SRP: $24.99
ORDER WISH LIST