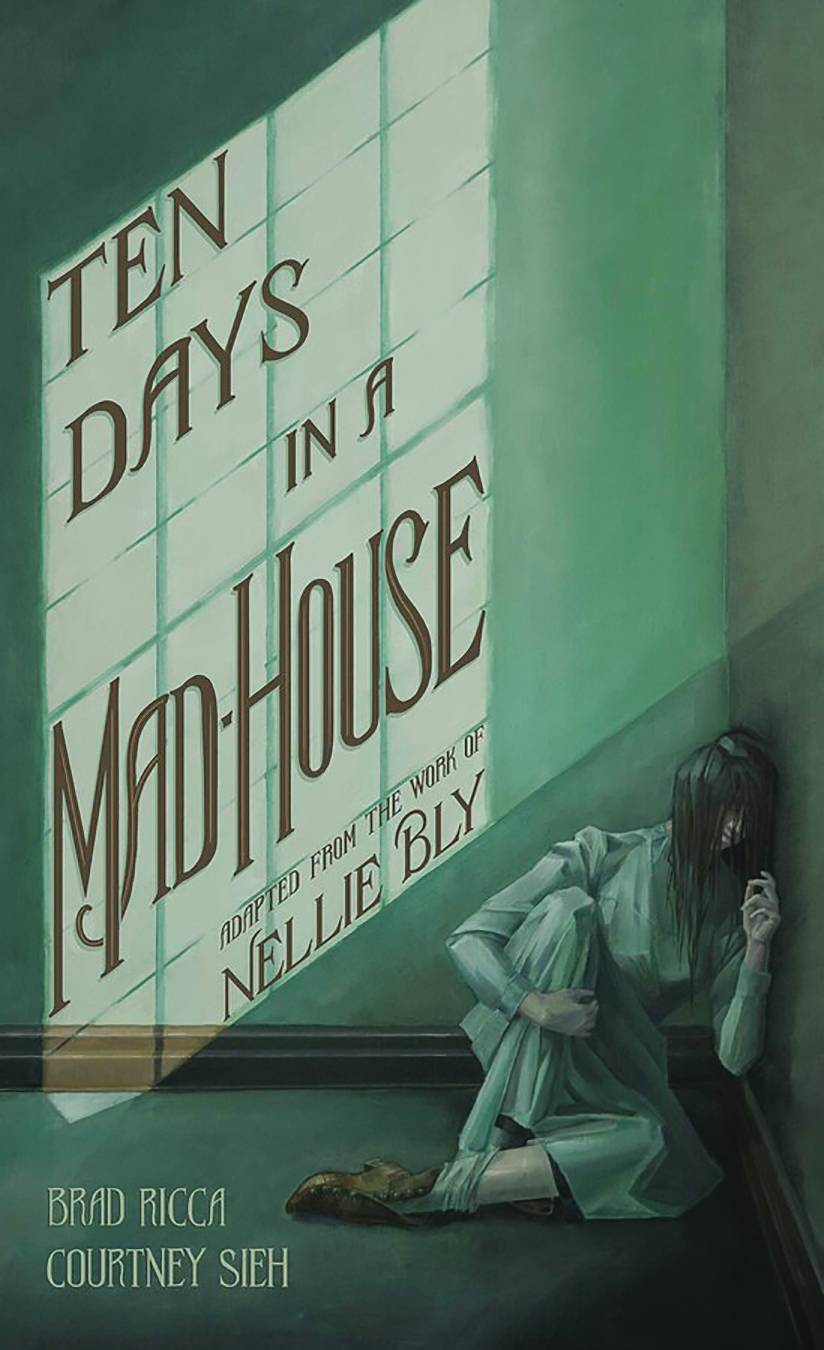 While working for Joseph Pulitzer's newspaper in 1887, Nellie Bly began an undercover investigation into the local Women's Lunatic Asylum on Blackwell Island. Intent on seeing what life was like on the inside, Bly fooled trained physicians into thinking she was insane-a task too easily achieved-and had herself committed. In her ten days at the asylum, Bly witnessed horrifying conditions: the food was inedible, the women were forced into labor for the staff, the nurses and doctors were cruel or indifferent, and many of the women held there had no mental disorder of any kind.

Now adapted into graphic novel form by Brad? Ricca and vividly rendered with beautiful and haunting illustrations by Courtney Sieh, Bly's bold venture is given new life and meaning. Her fearless investigation into the living conditions at the Blackwell Asylum forever changed the field of journalism. A timely reminder to take notice of forgotten populations, Ten Days in a Mad-House warns us what happens when we look away.
In Shops: Apr 13, 2022
SRP: $19.99
ORDER WISH LIST