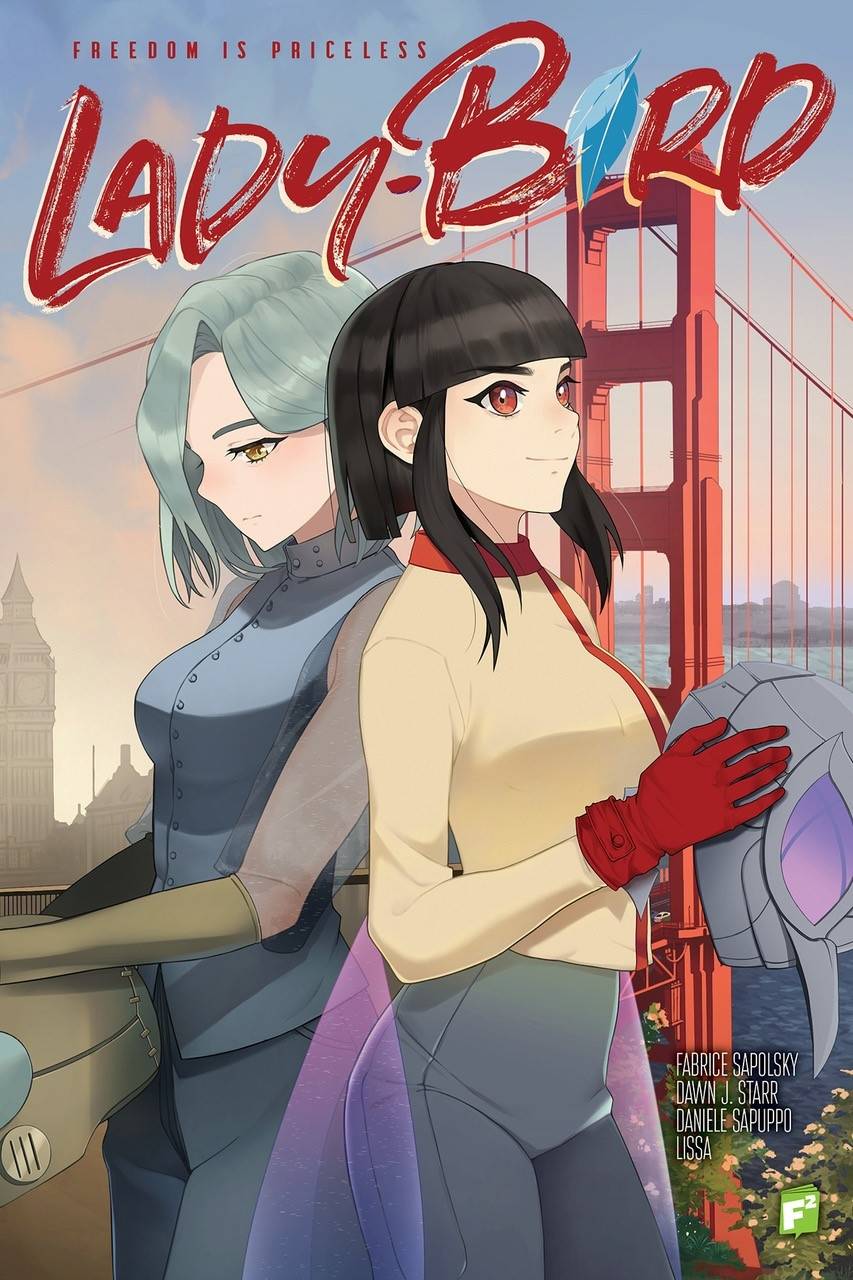 #
FEB221440
(W) Fabrice Sapolsky (A) Dawn J. Starr, Daniele Sapuppo (CA) LISSA
Two young women, with extraordinary powers, living 100+ years apart, have to find the way to break free! A poignant story with a dash of Anime flavor!
In 1911, VEGA DE ORTEGA is a very shy and naive young woman. She's touring Europe as the LADY-BIRD, going from city to city, from Circus from Circus, bringing joy to people of all ages. But she's uncomfortable with everything happening around her. She's lighter than a feather. She's a celebrity. But she's upset. Her benefactor, Count San Remo, has convinced her to become a weapon of War.  Unhappy and Afraid, she has to free herself.
In 2022, MINA is a prisoner. Everyday, a nurse comes to take samples of her blood and use it as currency for a pharmaceutical company.  She has no idea who she is. Why she's even being kept captive. She just knows she's being moved around often. In places she doesn't know anything about. She's also told she can't take out her helmet or she'll die!
But an earthquake gives Mina an opportunity to escape and discover how she's different from everyone, how she's a LADY-BIRD too!
Two Lady-Birds. Two eras. Same incredible powers: They can fly and their genes are unlike any other known being on the planet. Who are they?  And how can they be connected.
They have no clue about each other but their goal is the same: freeing themselves from patriarchy, abuse, greed and exploitation.
In Shops: May 18, 2022
SRP: $14.99
ORDER WISH LIST