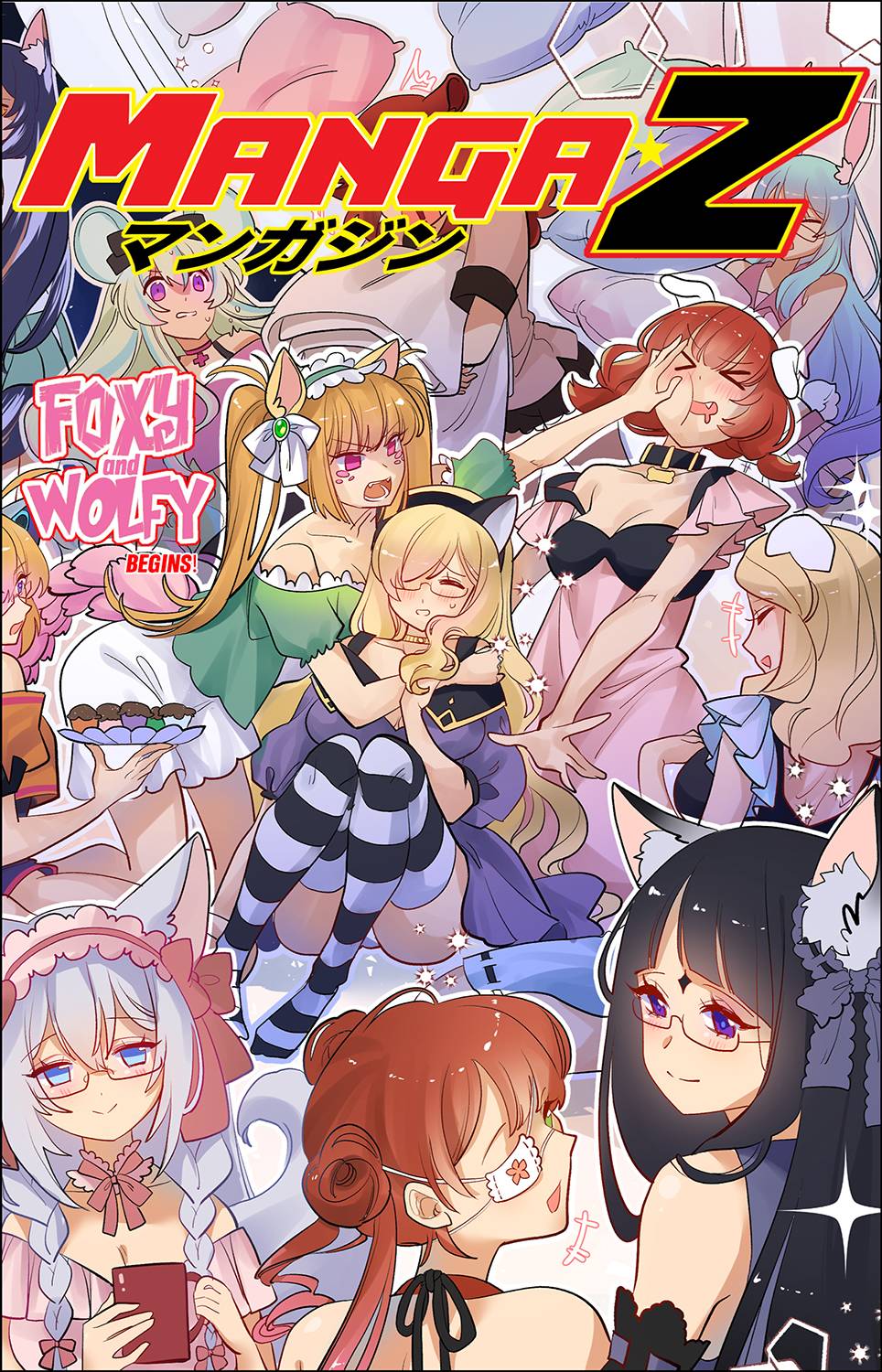 #
FEB221214
(W) VARIOUS (A) Various
Presenting an all-new collection of manga-themed adventure from around the world!  "The Adventures of Lenifille" (Kazuaki Ishida): Would-be royal guard Kyle, down on his luck, somehow finds his way into the Forest of the Lost, where he's captured by the elf Lenifille.  By elf law, no human is allowed to return alive from the forest.  Can Kyle avoid a death sentence?  If so, will he wish he hadn't?  "Foxy and Wolfy" (Kitsune Windsor, N.S. Kane, and Mitsu and Ana Kris): MD-afflicted spirit guardian Foxy and her lupine parter Amaya travel between the human and demon worlds to combat bloodthirsty, genocidal demonic forces.  "Jazz Doll" (Guy Brownlee, Erin Bassett, and Andres Zerpa): The year is 1926, and flapper showgirl Moxie Valentine is the talk of the town.  However, she holds a secret that will change everything.  Plus a special preview of "The Immortal Red Fox" (Palmer & Archer, Steve Ross, and Edward Echavez): The hero who hates evil and loves a good time!  500 years in the making!
In Shops: Apr 27, 2022
SRP: $4.99
View All Items In This Series
ORDER SUBSCRIBE WISH LIST