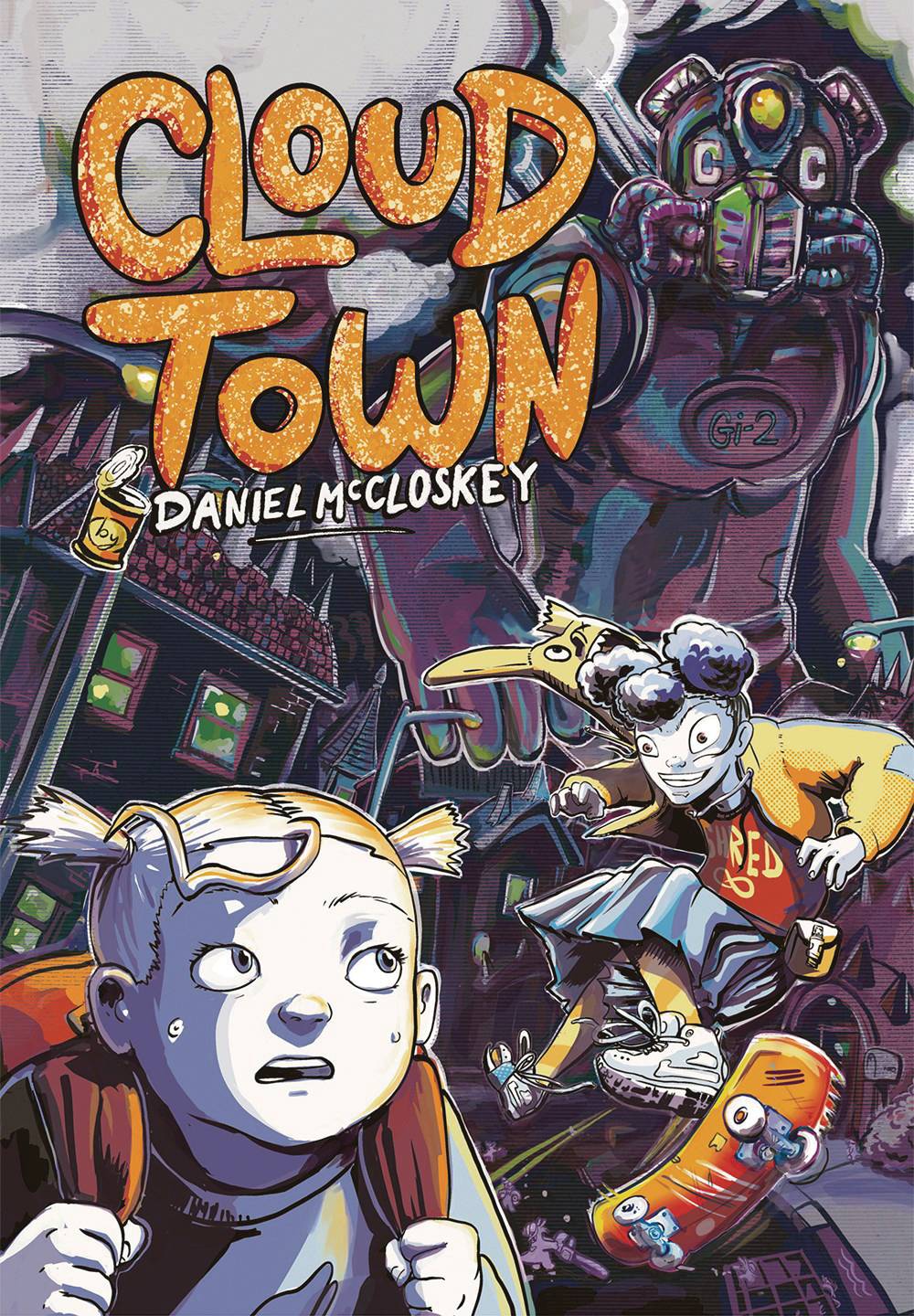 #
FEB221171
(W) Daniel McCloskey (A) Daniel McCloskey
In Dan McCloskey's debut graphic novel, best friends Pen and Olive live in Cloud Town, an impoverished community on Floating Island, a mysterious landmass that drifts above the earth and happens to sit dangerously close to the Rip-a tear in the fabric of the universe. While Pen is brash and brave, Olive is quiet, kind, and also fearful of bullies at school. That is, at least until the day they are nearly squashed by a Care Corp Storm Catcher, a giant android built to protect Cloud Town and the rest of Floating Island from Hurricanes, monsters that travel across the Rip. It isn't the event itself that changes the girls' relationship. It isn't the fear of death that drives them apart, or the questionable decision-making that leads Pen to drag Olive into the cab of the crashed robot. It's the fact that Olive can move the 90-foot-tall machine and Pen can't. Care Corp recruits Olive to train as a  pilot, so that she can protect Floating Island when the next attack comes. It's a role reversal, for which neither of the girls are prepared.
In Shops: Apr 20, 2022
SRP: $14.99
ORDER WISH LIST