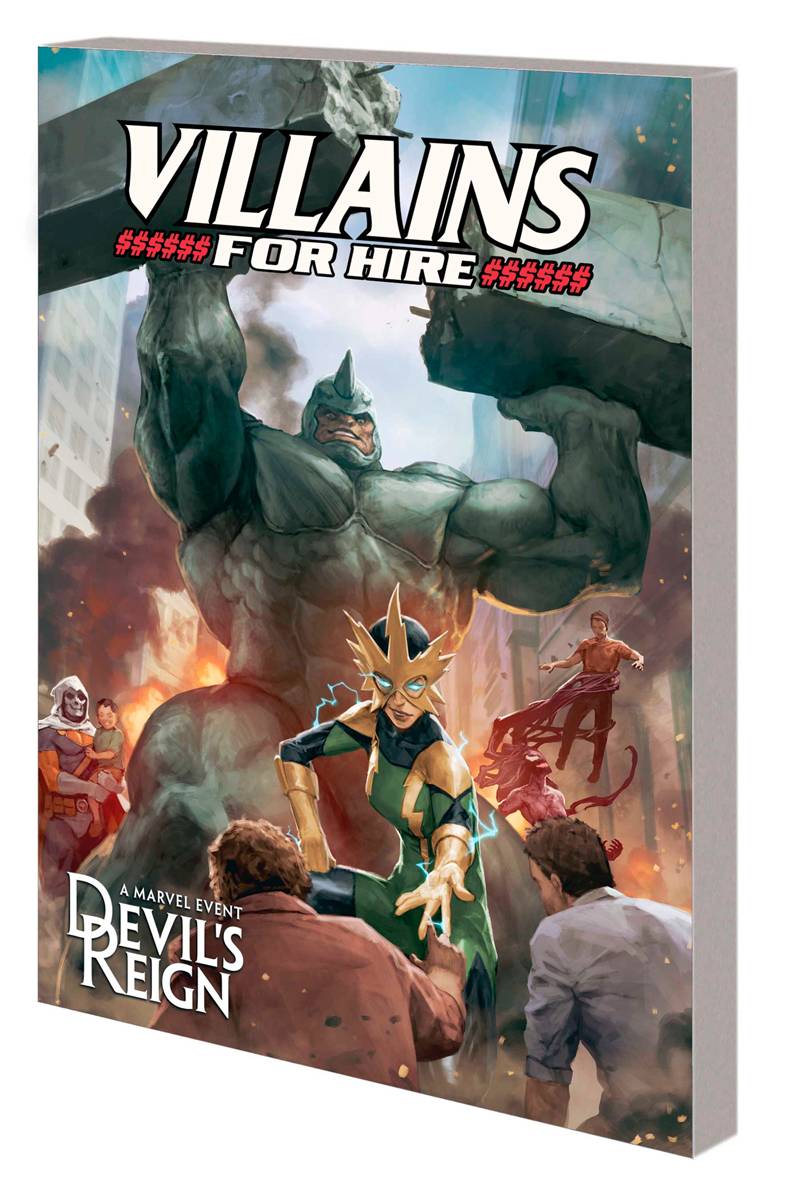 #
FEB221057
(W) Clay McLeod Chapman, Jed MacKay (A) Manuel Garcia, Federico Sabbatini (CA) Skan
As Mayor Wilson Fisk wages war on all super heroes, New York City is on a razor's edge. There's only one force fighting for the rule of law amidst the chaos: the Thunderbolts! But who are they? Fisk has laid out a proposition for the villains of the Marvel Universe: Join him or suffer the same fate as the heroes - or worse. But some who enlist are only interested in serving and protecting themselves! Where others see chaos and fear, they see opportunity - cash to be made and skulls to be cracked! Meanwhile, Moon Knight has been arrested and imprisoned in the high-tech Myrmidon! Now, surrounded by hostile guards and many of the very criminals he helped put away, Marc Spector must fight for his survival! Collecting DEVIL'S REIGN: VILLAINS FOR HIRE #1-3 and DEVIL'S REIGN: MOON KNIGHT.
Rated T+
In Shops: Aug 31, 2022
SRP: $15.99
ORDER WISH LIST