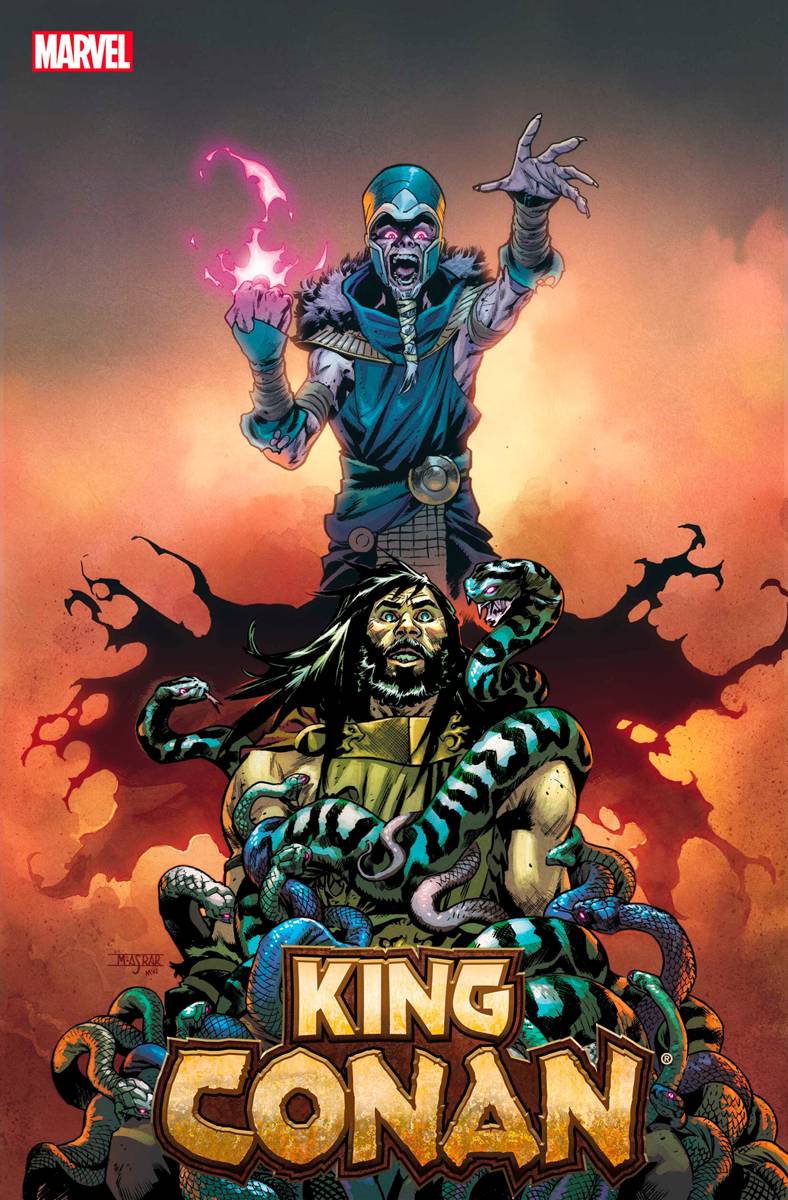 #
FEB221011
(W) Jason Aaron (A/CA) Mahmud A. Asrar
THE TERRIBLE TRIUMPH OF THOTH-AMON!
•  For years, THOTH-AMON has attacked CONAN from afar...now, at last, they stand face-to-face on this cursed isle to enter into what may be their FINAL BATTLE!
•  Will the showdown for the ages truly end the reign of Conan and his heirs?
•  And - a glimpse into the never-before-revealed past of the Stygian wizard - from the boy worshipping Set to the sorcerer who will strike fear into the Hyborian Age with the utterance of the name THOTH-AMON!
PARENTAL ADVISORY
In Shops: Jun 01, 2022
SRP: $3.99
View All Items In This Series
ORDER SUBSCRIBE WISH LIST