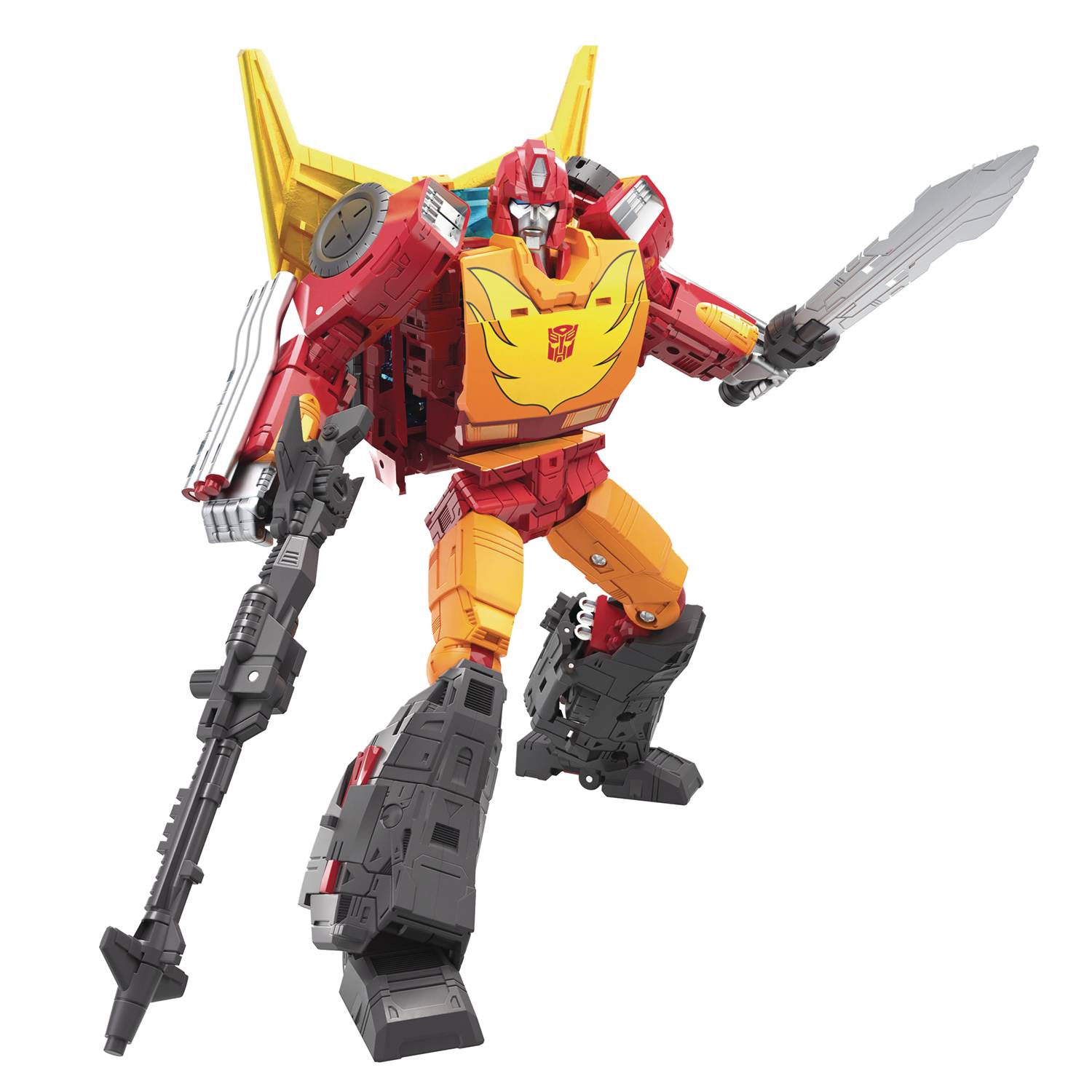 # # # # # # # # #
FEB219411
From Hasbro Toy Group. Rodimus Prime joins Commander Class! This figure depicts the brash and headstrong Autobot, Hot Rod, after he claims the Matrix of Leadership and becomes Rodimus Prime! This G1-inspired toy converts into racecar mode in 34 steps, then to truck mode in 8 steps. The truck trailer can store weapons and even transport Deluxe Class figures! The trailer also converts into mobile defense bay with twin missile launchers! Figure comes with classic G1-inspired Photon Eliminator Blaster, Matrix of Leadership with a light burst effect attachment to simulate a glowing aura, 2 smoke effects that attach to trailer pipes, and a Sword of Primus accessory inspired by the one featured in the comic books. Includes a Golden Disk card that reveals a possible destiny of a key character.