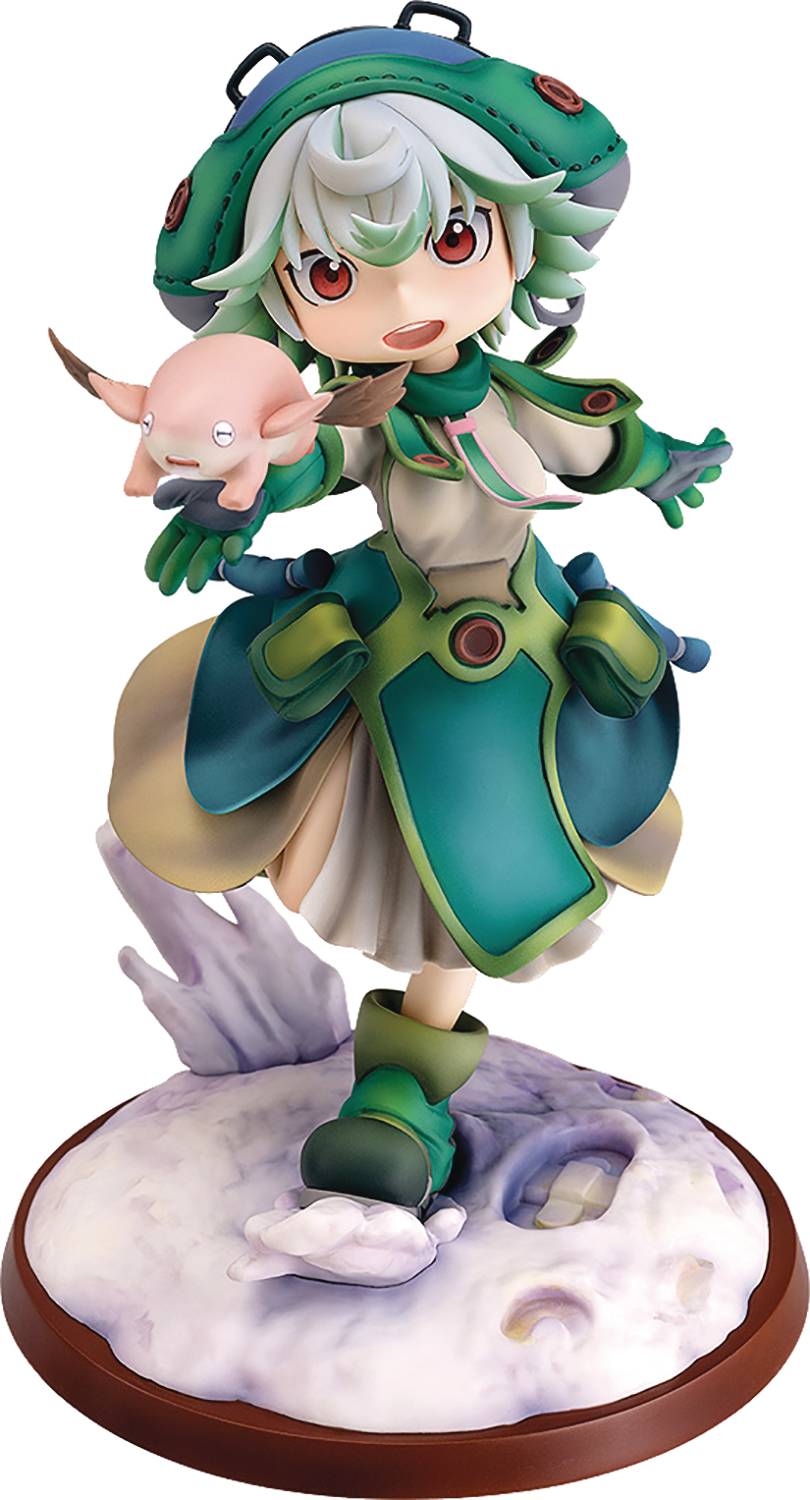 # # # # #
FEB218613
From Phat. From Made in Abyss: Dawn of the Deep Soul comes a 1/7th scale figure of the daughter of the Lord of the Dawn Bondrewd, Prushka! Prushka has been carefully recreated with a bright smile on her face as she runs along with Meinya. Her unique outfit has been faithfully recreated with special paintwork to preserve the style and atmosphere of the anime. Additionally, the base of the figure made in the image of the Abyss' 5th layer features the footsteps of Riko and others so fans can imagine Prushka setting off on an adventure with everyone together. The cartridge, ever-important to Prushka's story, is included as well, so enjoy displaying her whichever way you prefer.