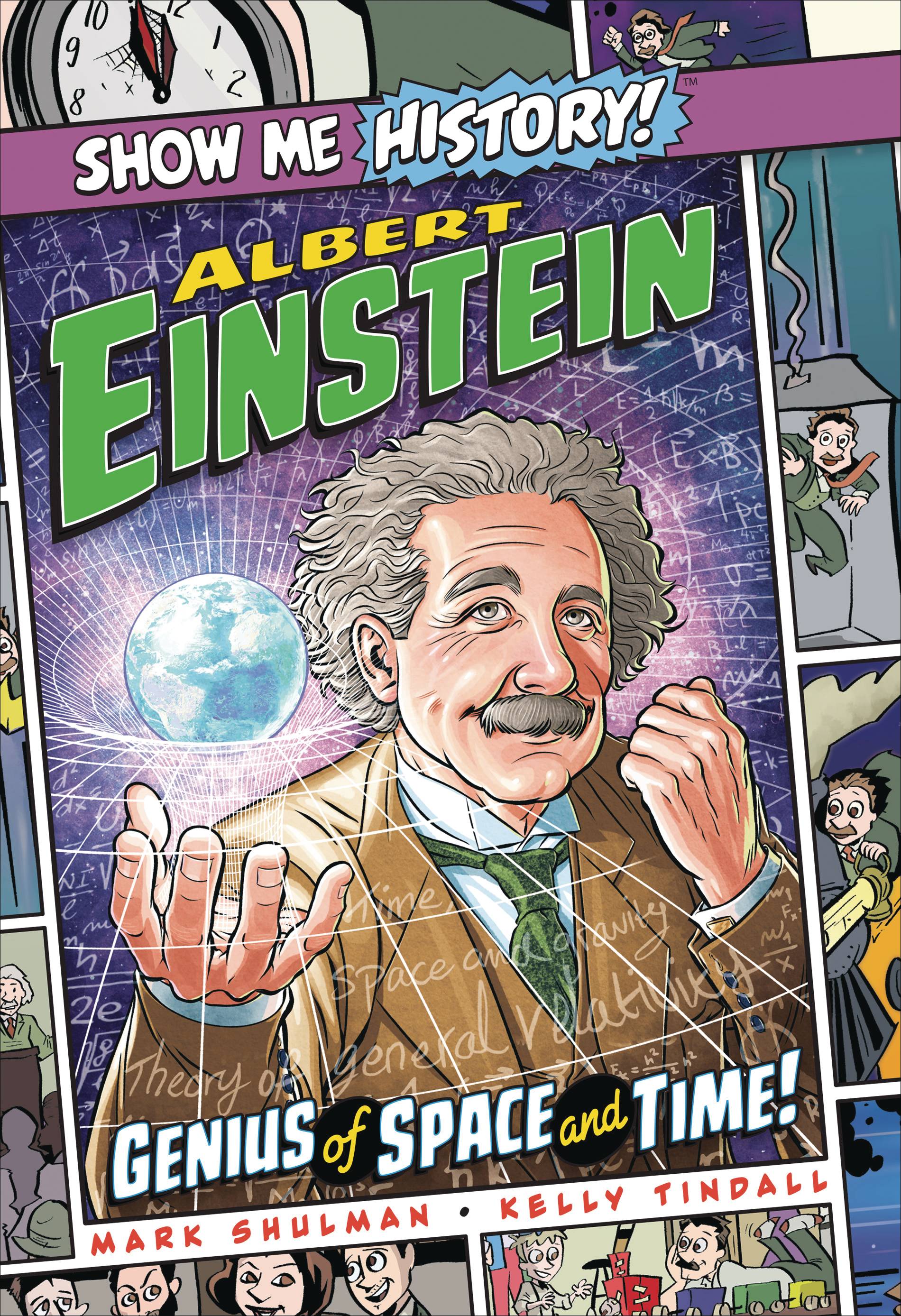 #
FEB211464
(W) Mark Shulman (A) Kelly Tindall (CA) Ian Churchill
Albert Einstein changed the ways we understand - and measure - space and time. At first his ideas were ridiculed, but soon they were idolized. Prior to World War II, Einstein was a celebrated figure in Germany, but when the Nazi Party rose to power, he fled for his life and settled in the United States. His knowledge of physics helped the United States develop the atomic bomb and win the war. Albert Einstein recounts the life of the world's most famous scientist, from his youth in Germany to his final years in the United States.
In Shops: Apr 07, 2021
SRP: $12.99
View All Items In This Series
ORDER SUBSCRIBE WISH LIST