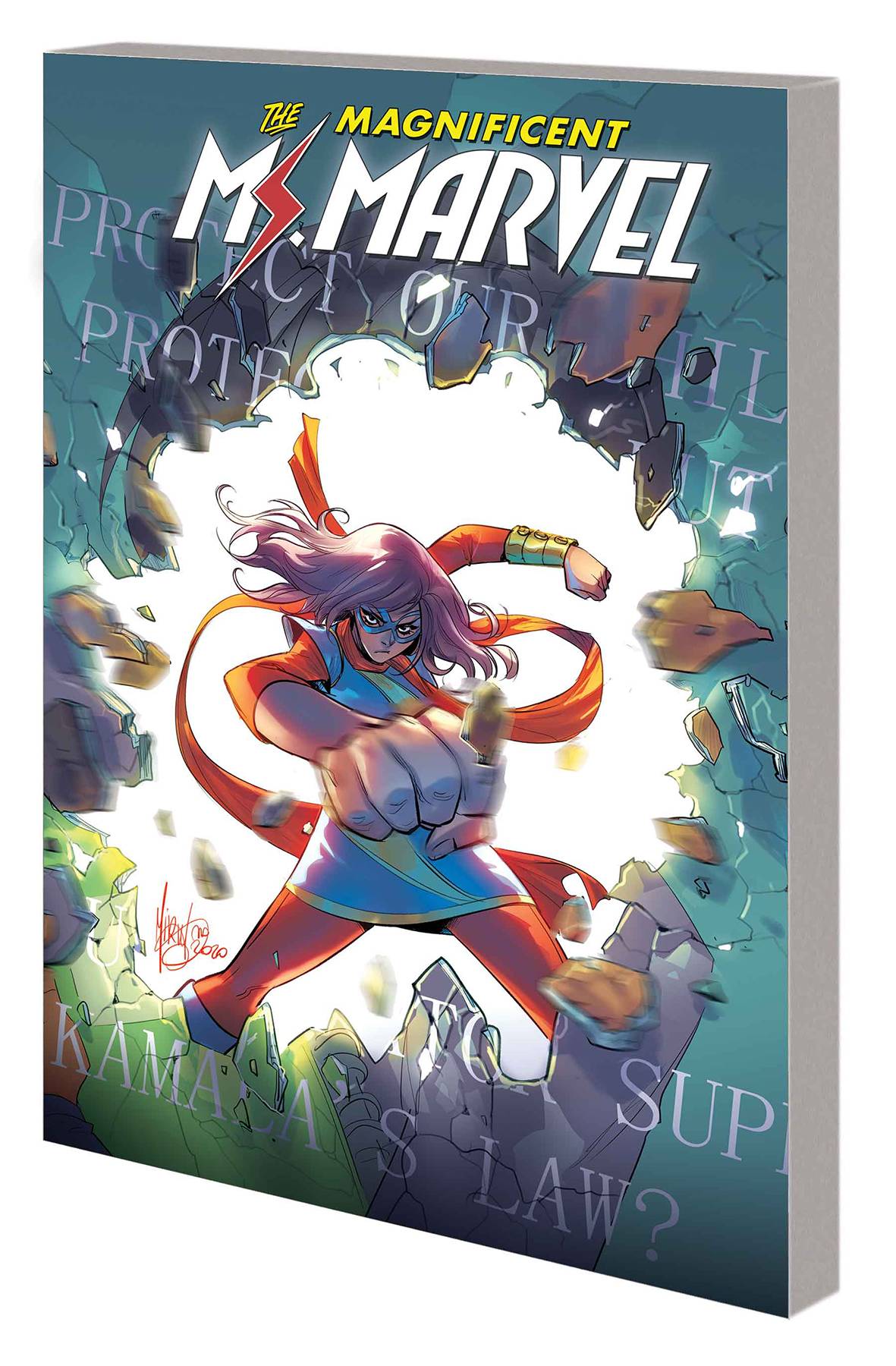 #
FEB210685
(W) Saladin Ahmed (A) Joey Vazquez, Minkyu Jung (CA) Mirka Andolfo
There's a new hero in Jersey City! Introducing Fadi Fadlalah, A.K.A. Amulet! What secrets is this gentle giant hiding? Is he friend or foe? And is this town big enough for both him and Ms. Marvel?! Then, while recovering from a traumatic ordeal, Kamala finds herself an unwilling martyr for a movement she hates - and Ms. Marvel ends up outlawed! But if she wants to reclaim her narrative, she'll have to wake up first! The anti-teen-hero task force, C.R.A.D.L.E., is scouring Jersey City to apprehend its young protector - and that isn't the only problem on Kamala's plate. Several of her family members support the new law - and if they discover her secret identity, it's game over for Ms. Marvel! Everything will come to a head at the homecoming dance! Collecting MAGNIFICENT MS. MARVEL #13-18.