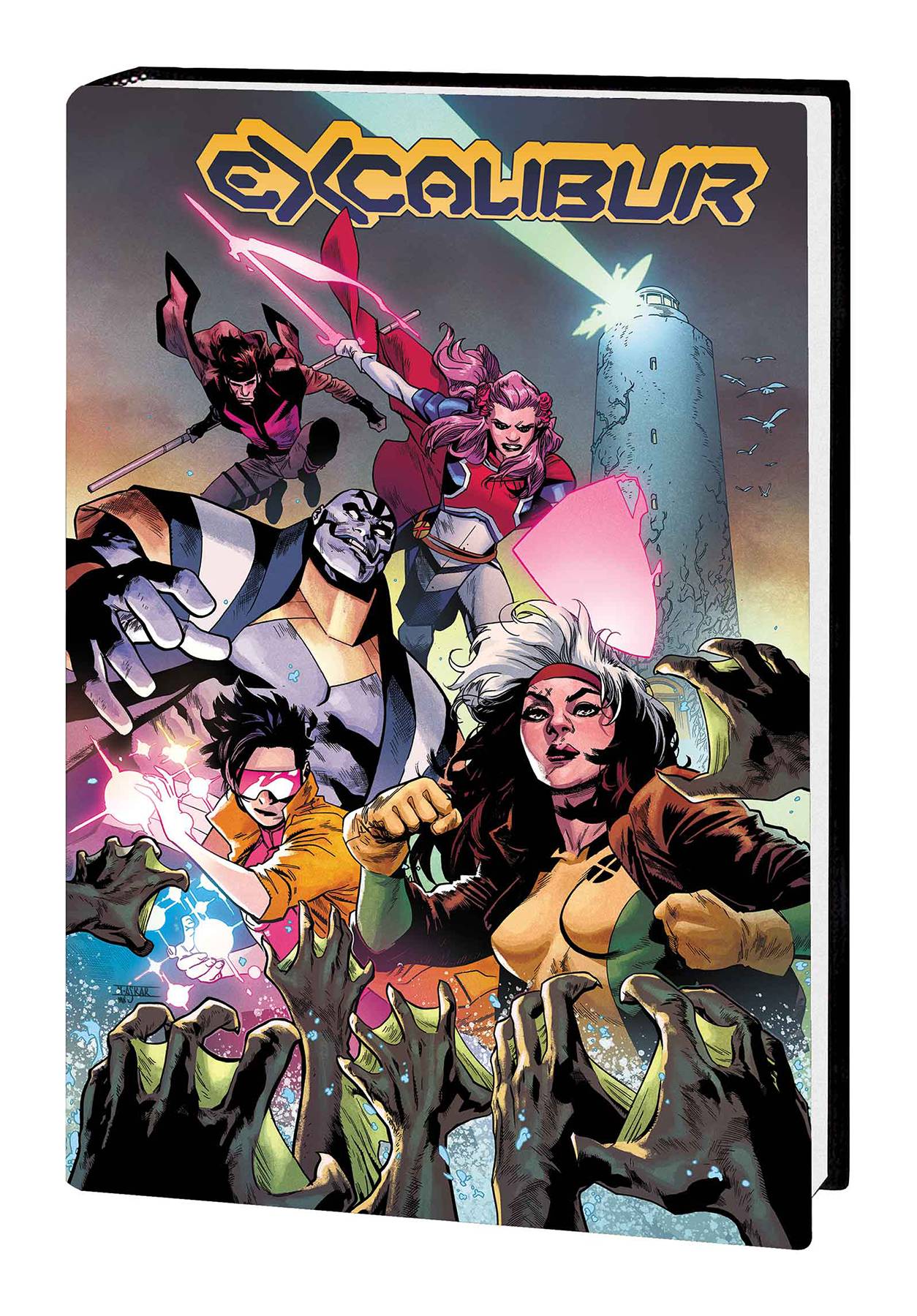 #
FEB210675
(W) Tini Howard (A) Marcus To, Wilton Santos (CA) Mahmud A. Asrar
Forging a new dawn! A fresh era begins for mutantkind - and for Betsy Braddock! When a portal opens between the X-Men's new home, Krakoa, and the mystical Otherworld, magic and science collide - and Betsy stands transformed into the new Captain Britain! And she's joined by allies Rogue, Gambit, Jubilee, Rictor...and Apocalypse! But what happens when mutantkind's rise threatens Morgan Le Fay's reign? And whose side will this new Excalibur take in the Otherworld war? Rogue faces an uncertain fate, Apocalypse performs a ritual and a throne of power changes hands! Plus: Excalibur faces an old foe - only this time they are the hunters, and the Warwolves are the game! Betsy is torn between Otherworld, Britain and Krakoa - and Apocalypse forges ahead toward his mysterious ultimate goal! The stage is set for X OF SWORDS! Collecting EXCALIBUR (2019) #1-12.