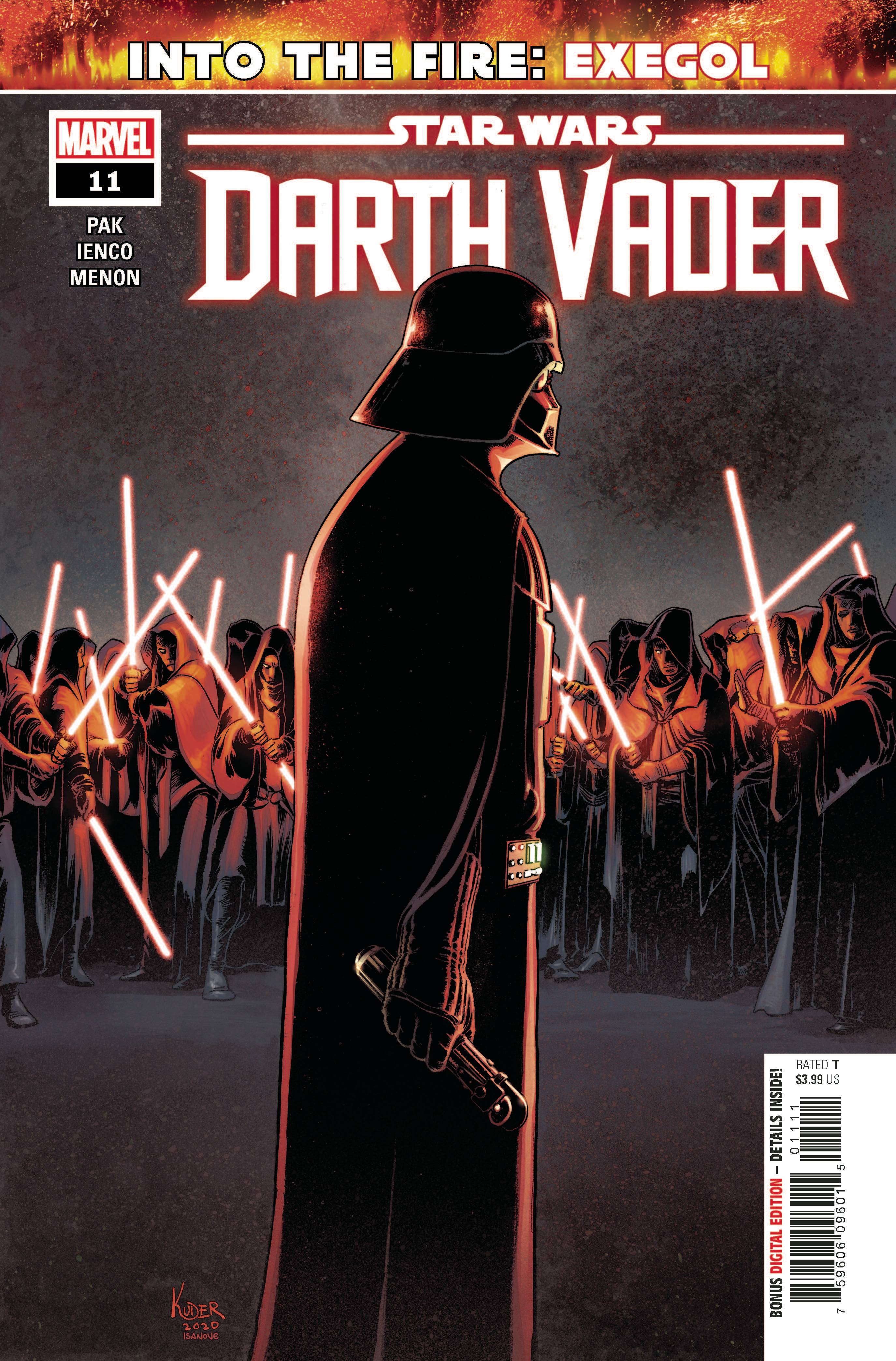 #
FEB210652
(W) Greg Pak (A) Raffaele Ienco (CA) Aaron Kuder
EXEGOL UNLEASHED!
•  As punishment for his rebellion, DARTH VADER was broken by THE EMPEROR, his limbs shattered, forbidden to use THE FORCE.
•  But after surviving OCHI OF BESTOON, THE EYE OF WEBBISH BOGG and the horrors of THE RED NEBULA, Vader stands on the verge of uncovering the Emperor's greatest secrets.
•  But will the revelations on EXEGOL empower Vader - or his master? And what new doom awaits LUKE SKYWALKER as a result?