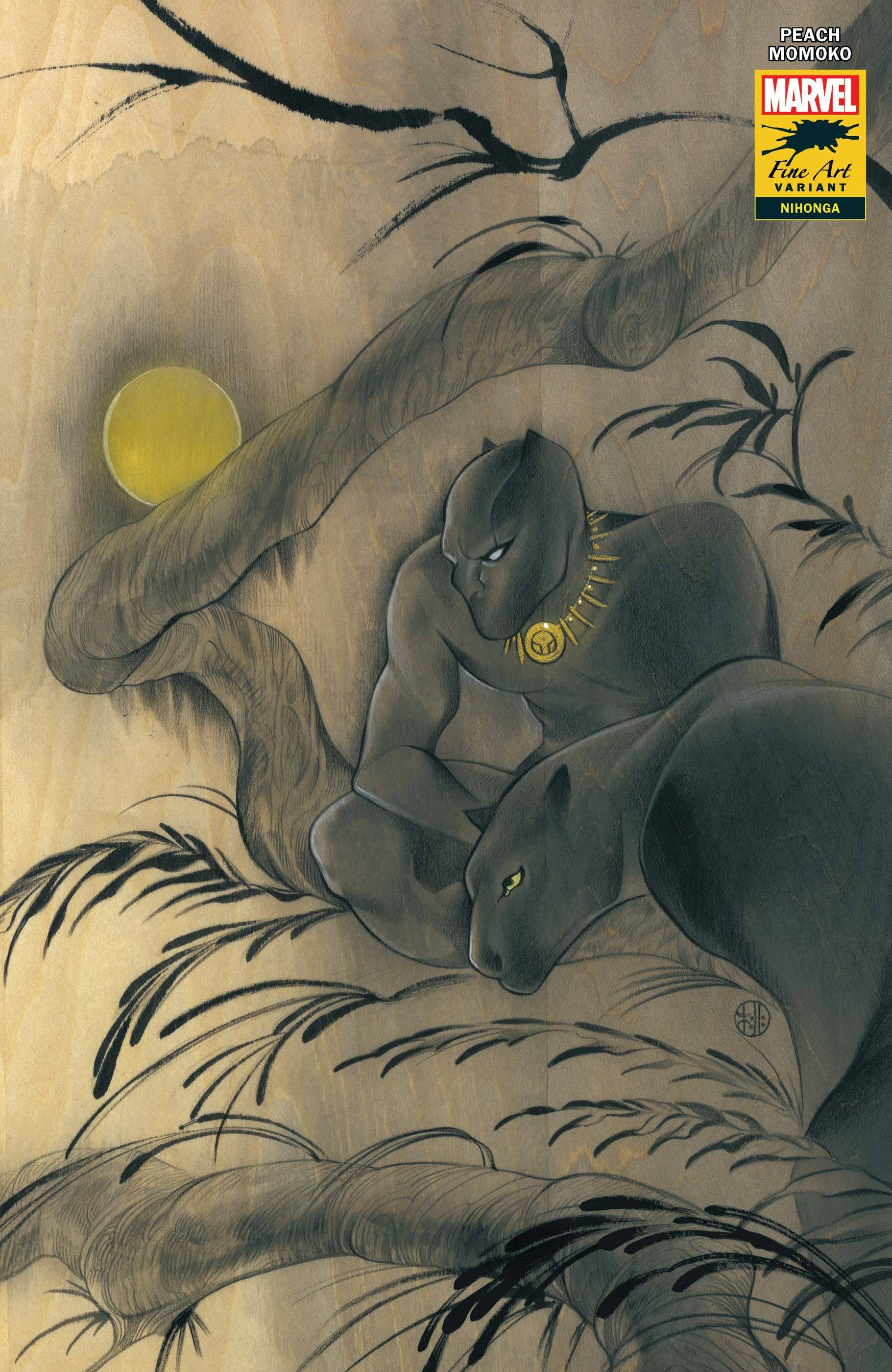 #
FEB210535
(W) Ta-Nehisi Coates (A) Daniel Acu?a, Brian Stelfreeze (CA) Peach Momoko
THE FINAL ISSUE OF TA-NEHISI COATES' LANDMARK RUN!
It's the end of an era for the Black Panther as renowned writer Ta-Nehisi Coates concludes his Wakandan epic! Over five years, Coates has taken the Black Panther to hell and back and expanded Wakanda into the distant stars. Now, in his final issue, he brings T'Challa full circle, back to the home he left behind...and the crown he has never fully accepted. This is the story of a king who sought to be a hero, a hero who was reduced to a slave, a slave who advanced into legend...and the man who has struggled to hold up an empire in his bare hands. The journey will conclude, but the legend remains. Don't miss the close of a historic epoch in comic history, including an epilogue drawn by Brian Stelfreeze!