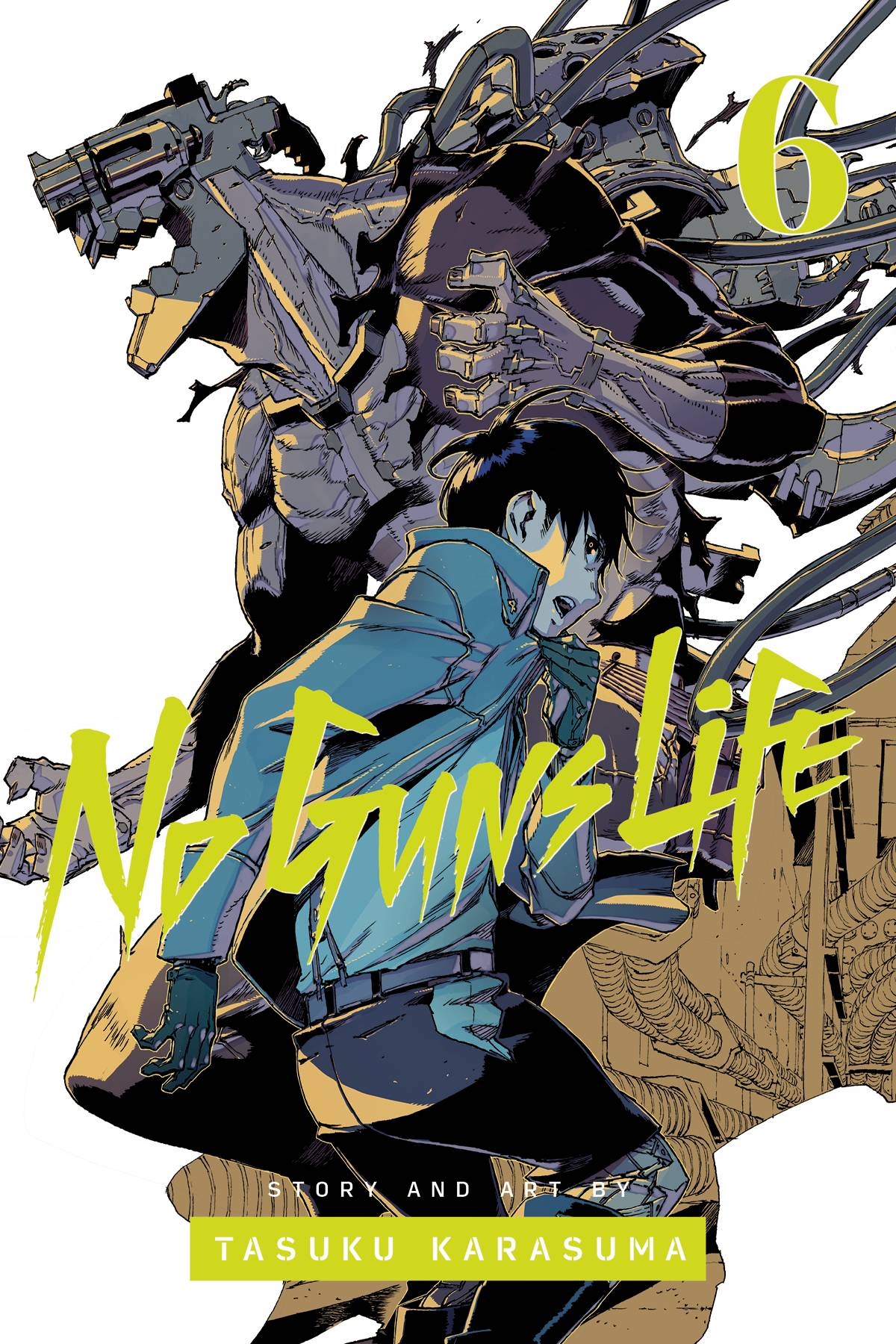 #
FEB209300
(W) Tasuku Karasuma (A/CA) Tasuku Karasuma
Andy Wachowski was the genius who developed the basic theory of Extension technology. But once he saw what became of his creation he turned against it, becoming the leader of the anti-Extended terrorist organization Spitzbergen. Now, in an attempt to control Juzo Spitzbergen threatens Tetsuro. Berühren's Resolvers Pepper and Gun Slave Unit Seven are after Juzo as well. Juzo has plenty of cases to deal with now-it's just too bad he's not getting paid for any of them!
For older teen audiences.