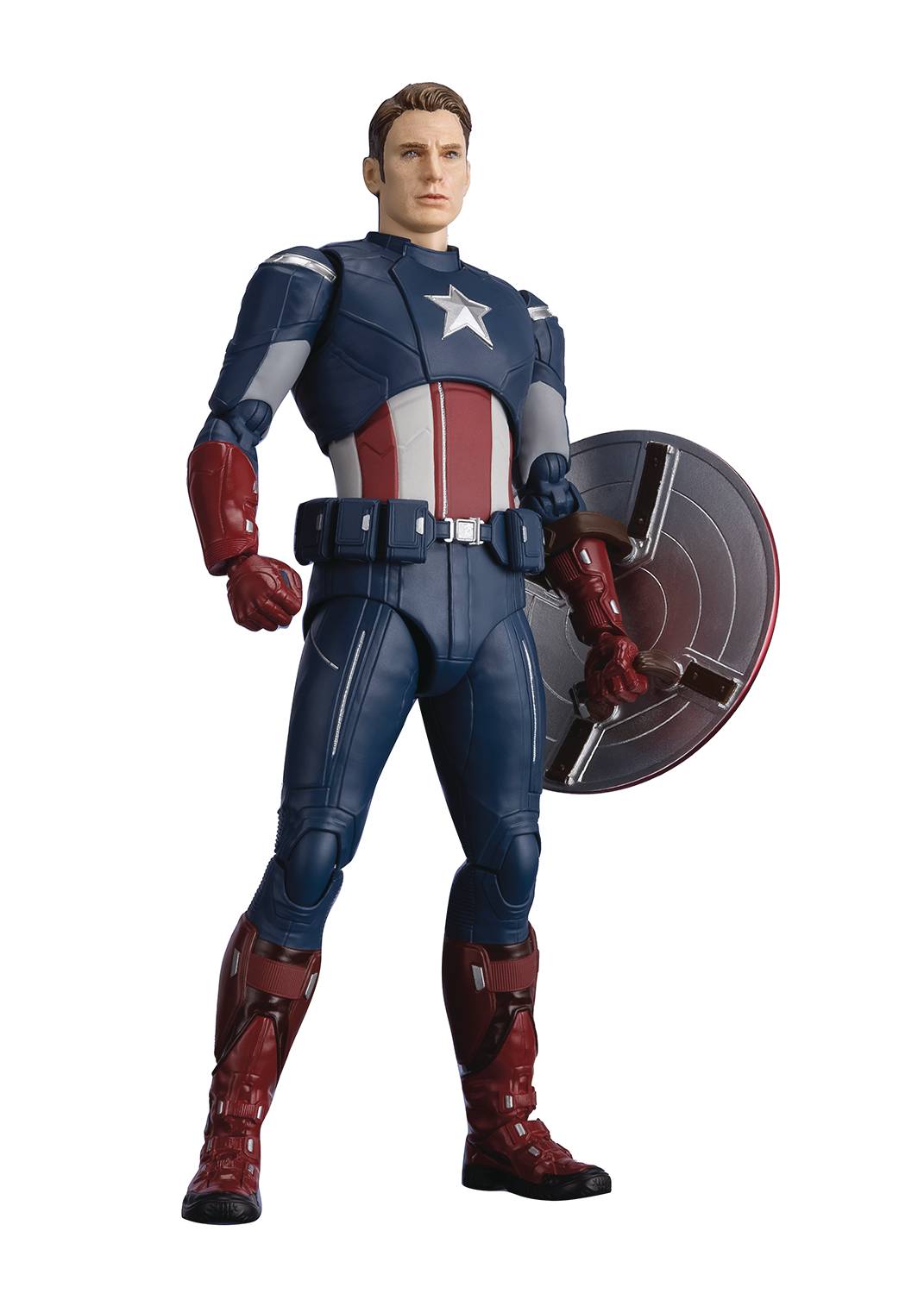 # # # # #
FEB209129
From Kotobukiya. From Avengers: Endgame, Captain America returns to S.H.Figuarts in his Avengers suit! In addition to the masked head, an unmasked head with two facial expressions is included. The included effect parts allow you to pose the figure as though he's just thrown his shield! With an additional figure set, the shields can be posed as though they are clanging against each other in the scene where Cap battled himself. This set includes figure, collar with folded mask, five optional left hands, six optional right hands, locket (with right hand), shield with strap parts, shield effect parts, unmasked Steve Rogers head (with normal expression and clenched teeth expression).