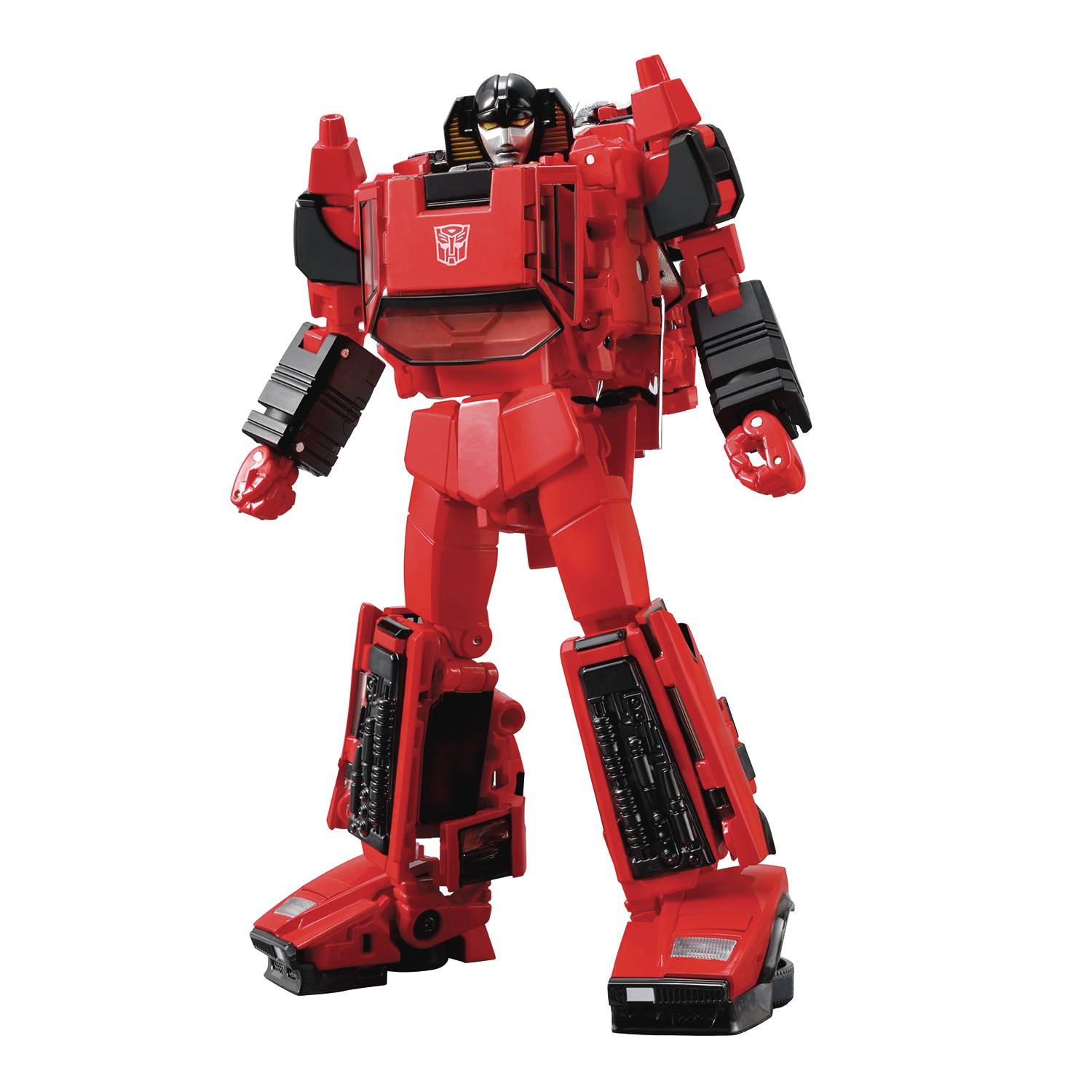 # # # # #
FEB209106
Autobot Spin-Out joins the Transformers Masterpiece line! Masterpiece MP-39+ Spin-Out is a red redeco of MP-42 Cordon, which itself is a retooling of MP-39 Sunstreaker, transforming into a licensed Lamborghini Countach LP500S mode, only without Cordon's police light-bar. The toy is an homage to the original Diaclone iteration of the original Sunstreaker toy; his license plates reading "CR-01" in reference the original mold being the first Diaclone: Car Robot toy. The rear electronic propulsion engine cover can be folded into the rear of the car for a more realistic alt mode, and the rear combination tail-lights can be switched between realistic and cartoon modes. The doors and hood open, and the front headlights can be popped up. His rear spoiler can also V-wing to reval a rear-mounted (non-firing) blaster. To preserve cartoon accuracy, the windows on the chest are "fake," however the main panel of the chest is formed by turning the roof of the car mode inside out, with the extra windows folding out from inside.
In Shops: Jan 13, 2021
SRP: $112.99