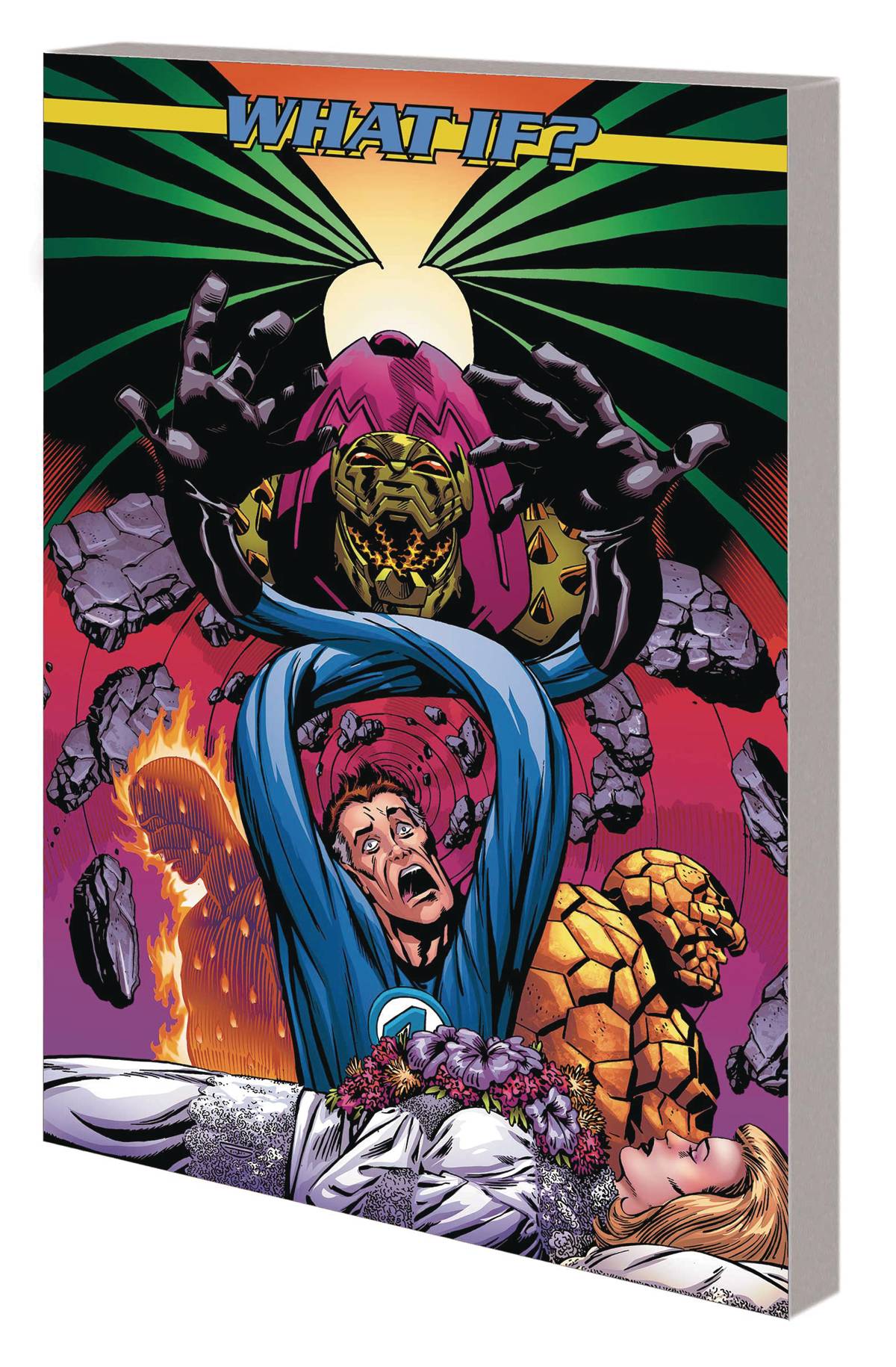 #
FEB201068
(W) John Byrne, More (A) John Byrne, More (CA) Michael Golden
More alternate-reality questions are answered! Imagine a world where the Fantastic Four never gained their powers - or one where Stephen Strange never became Master of the Mystic Arts! Consider the fates of the Thing and the Beast if they continued to mutate - or Spider-Man if Uncle Ben had lived! Picture Conan the Barbarian meeting Thor - or finding himself stranded in the 20th century for good! The Hulk goes berserk, Susan Richards dies in childbirth, Nova makes a life-changing decision and Galactus turns the Silver Surfer back into Norrin Radd! But what if Loki had found Mjolnir before his brother - and what if the Marvel Universe ceased to exist?! Plus: Thought-provoking tales featuring Daredevil, the Sub-Mariner, the Avengers and more! Collecting WHAT IF? (1977) #36-47.
Rated T
In Shops: Jul 01, 2020
SRP: $39.99
View All Items In This Series
ORDER SUBSCRIBE WISH LIST