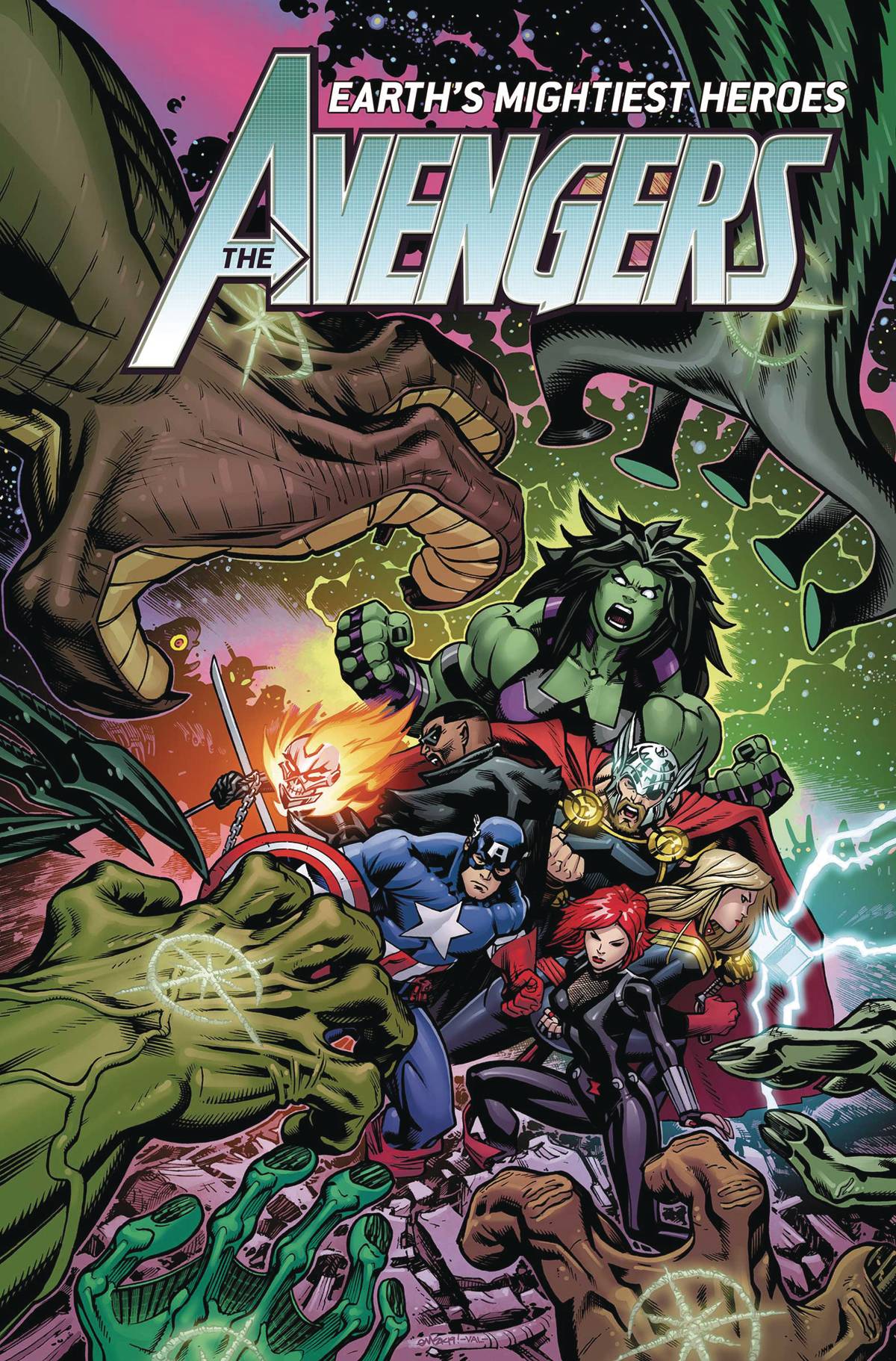 #
FEB201055
(W) Jason Aaron (A) Dale Keown, More (CA) Ed McGuinness
Starbrand reborn - in the past and present! Brace yourself for an epic space adventure that takes the Avengers to an alien prison the size of a galaxy! There, a mysterious new wielder of the Starbrand has suddenly appeared, unleashing cosmic chaos. But some of the mightiest figures from beyond the stars have been drawn to find the Starbrand as well - and the battle for control of the all-powerful artifact soon rages out of control! Ravaged by their outer space exploits, can the Avengers keep the Starbrand out of the wrong hands? Plus: Get to know the most cosmically powered caveman who ever lived: the Starbrand of one million B.E.! Collecting AVENGERS (2018) #26-30.
Rated T+
In Shops: Jul 22, 2020
SRP: $15.99
View All Items In This Series