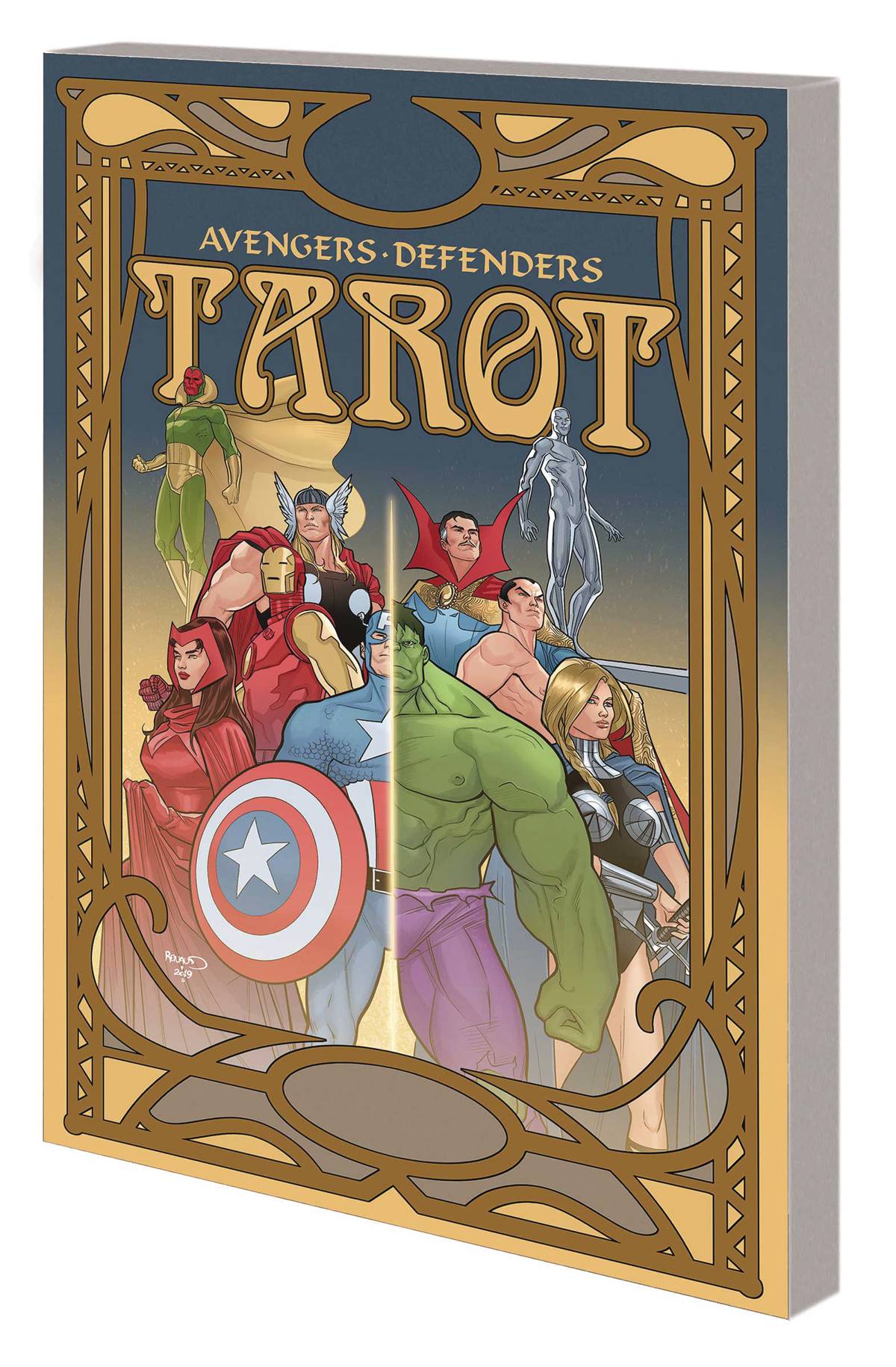 #
FEB201045
(W) Alan Davis (A/CA) Paul Renaud
An all-new epic teaming Earth's Mightiest Heroes with Marvel's premier non-team! A strange and impossible lost memory from World War II draws Namor the Sub-Mariner to his onetime compatriot Captain America - but the two heroes and their respective allies soon find themselves pulled into a labyrinth of madness, pain and destruction courtesy of the Infernal Ichor of Ish'lzog! Avenger must battle Defender as the alchemist Diablo casts cards from the deck of fate, pitting hero against hero for his own nefarious purposes! As chaos spreads, the two groups find themselves confronted by the most unlikely characters in Marvel history! Would you believe...the Unbelievables?! And as the cosmic chaos reaches its peak, the Avengers and Defenders are literally merged - becoming composite costumed champions! But can any of them put an end to the reality-altering madness? Collecting TAROT #1-4.
Rated T+
In Shops: Sep 02, 2020
SRP: $15.99